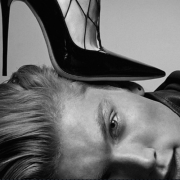 I trained my first submissive when I met him. He knew how to bow, beg, and how to endure all that I had to offer.

What I didn’t realize how much he would teach me about being a Goddess through sensual domination.

I thought that being a dominant woman meant that I would humiliate the sub. I would force them to endure what they found to be less than human. Oh, how wrong I was!

Monday was not a typical day. I met with a friend from high school. We had dated a few times back then. He never tickled my fancy in the way a man should. So it’s safe to say, we never had a sexual relationship. I don’t remember ever kissing him. He was attractive enough, but there was something about him that did nothing for me. In all honesty, I thought he might be gay.

Dinner out, the atmosphere nice. I usually only eat at the finest places so this was acceptable. I know I sound like a snob bitch. But I also know what I bring to the table, so in turn, I know deserve the best.

“I have a request for you,” he said in between two sips of wine. “Don’t say anything until you hear me out.” He took another sip of wine, and I did, too. “I want you to be my Mistress.” His words had become shaky, and once again, he took a long sip of wine.

I assumed that meant he was married and wanted to fuck me on the side.

I was wrong. He explained to me that he loved it when beautiful females dominated him. That included sensual domination at the emotional, spiritual and physical level.

I thought about this for a moment. Sensual domination? It sounded like something I could do.

Finally, I responded about a few minutes. “Once a week for 3 hours. And I can do whatever I desire. Nothing too harsh to begin with. I’ll require tips and gifts. In exchange, I might give you some of my wet panties, and I will perhaps allow you to lick them clean for me.”

He agreed immediately and told me he’d brought a bag with him in case I agreed to this.

I found out at the hotel room that it contained a 10-inch strap-on, vibrators, cock rings, leather straps, a paddle, silk ropes and a butt plug. I guess it would be everything I needed for sensual domination.

Once in the room, we exchanged kisses. No you do not have to destroy a man to own him. He is still a human, after all. As I slowly pulled on his tie, bringing him forward, I began teasing him with my tongue and hands. Eventually, I got him completely naked and I caught a glimpse of his huge hard-on.

Then I told him to turn around and I grabbed the paddle to gently smack him. My hand then rubbed over the red mark on his ass cheeks. It was then that I noticed pre-cum dripped out of his cock already!

And I hadn’t given him permission! With the help of a little spit, I pushed the cock ring over his dick, securing it at the base. I love it when a man moans from my touch during sensual domination!

My hands moved up and down his back. A few times my fingernails replaced my hands. I wanted to leave a mark for him to notice later when he showered. The sting would give him a gentle reminder that I had taken him for my very own. Pushing his face to the mattress, he stood bent with his ass high in the air. With saliva and gentle pressure against his asshole, I was all the way in.

With my fully clothed tits press to his back, my hips thrust forward, I impaled his asshole with the full 10-inch strap-on.