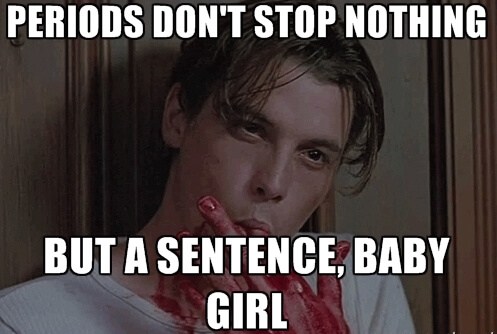 Why not try a Ruby Shower? Guys love golden showers, but there’s something very taboo about a ruby shower. They’re dirty, they’re a forbidden taboo and guys never speak of them. Though some of them are so curious about what it would be like to experience one, actually most guys I know are quite interested and Jeff is no exception. Jeff was so full of shame about his desire to have messy ruby red piss falling on him that he could barely tell me he wanted it, but I know he did.

I tortured him a bit and pretended I didn’t know what he was hinting at, until his face was bright red and he was whispering little random words, like a little boy, hoping I’d get it. I finally took pity on him and told him I’d text him when I was ready. You can’t just make these things happen, for a ruby shower, timing is key!

I waited until I was ready for him and told him to come on over.

I drank a few glasses of water, letting my bladder get nice and full for him. When he arrived we sat on the couch and hung out for a few. We sat beside each other, had a couple of drinks and I felt my bladder start to throb. I grabbed his hand and pressed it against my full bladder. He rubbed over the round bump and grabbed my drink, pushing it against my lips as he said, “Drink up!” He was really getting turned on by this and his fingers dug into me, making my bladder ache. I felt a drop burn as it tried to leak out and I clamped my muscles shut, as he kept rubbing me.

I told him I was getting close and suggested we take things into the bathroom. I’d gotten things ready earlier, so we could get straight to the fun. We took our clothes off, dropping them on the floor and I saw that he was stiff as a steel rod. I put my hand around him and gently stroked him, as I asked him where he wanted my ruby red piss and he pushed his hips forward, sliding his dick in my fist. “Where do you think?” he said and I stroked him as a drop of pre-cum leaked out of him. “Naughty boy!” I whispered, as my bladder clenched and I let him go.

“Lie down,” I said as I tried to keep control, my bladder was starting to spasm now.

My stream slowed down and a metallic smell hit my nose, hmmm it’s kinky, but I love that smell. He laid under me and closed his eyes, as his hand stopped moving. I stood up, feeling a lot better now that all that piss was out of me and grabbed a towel. I wiped myself clean and tossed it in the garbage. Then I looked down at him and saw my mess all over him. “Thank you!” he said and smiled as he enjoyed the feeling of my warmth wetness on him. He sat up on his elbows, looked right into my eyes and said, “Now, about earning my red wings?!?!” Oh hell yeah, let the fun begin I thought to myself.