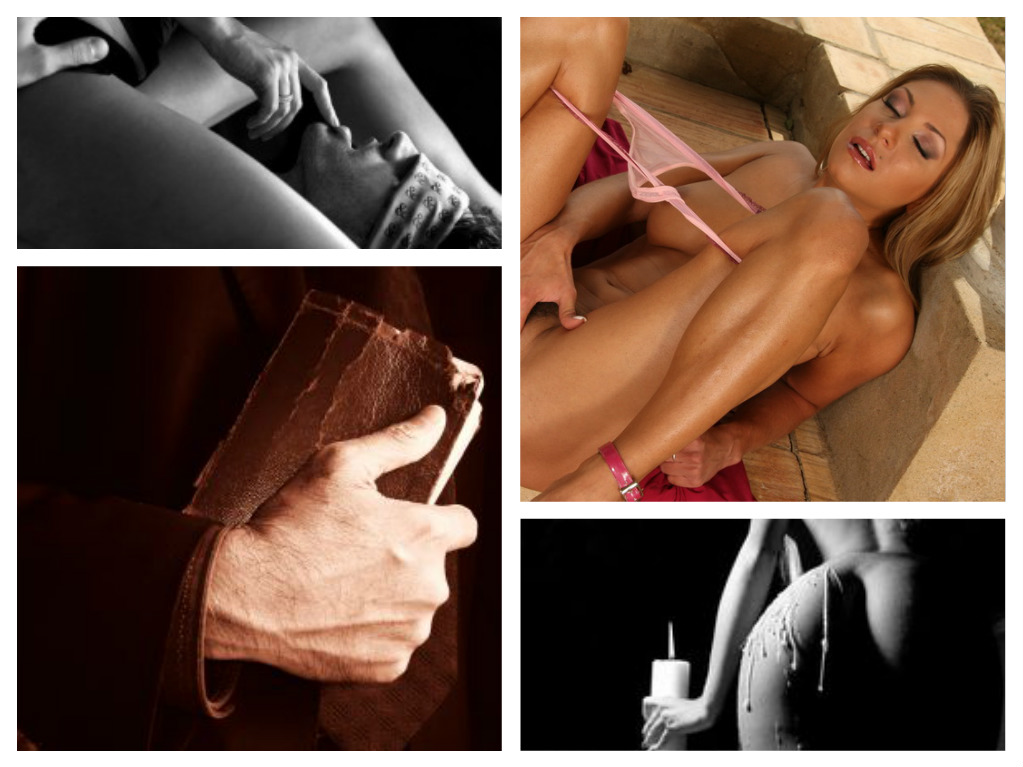 Twisted religious taboo sex. What the pastor wanted, the pastor got.  Those deep dark desires the pastor was craving, this naughty woman delivered.  Deep down the pastor had always fantasized about being the total opposite of what the congregation, family, and friends expected.  In fact, the pastor kept a journal of the sinful things he wanted to do in a bottom drawer of his desk. Religious taboo, there’s not many things more sinful and exciting than that.

Never expecting anyone to find his explicit and morally corrupt writings, he never locked it up.  I was waiting in the church office to talk with him one day when I happened upon it.  It was like reading a script to a twisted religious soap opera with the pastor as the star.  Unable to put it down, I read through almost sixty pages before he emerged.  Apologizing profusely, he settled behind his desk. His brow had beads of sweat, and he was slightly out of breath. The pastor didn’t even notice his journal I held in my hand until I held it up.

A look of terror spread across his face as he stammered trying to tell me the book was not his.  But as I flipped to the front page, there in the first sentence was clear proof it was.  “Not your’s huh? Funny that the first sentence says, forgive me lord for this book is full of sins that I, Robert wish to commit.” Sins of adultery, rape, orgies, and intoxication filled the pages.  He dropped his head, but when he looked back up he smiled. It was like a whole other person had taken over his body. He stood up and came around his desk.

Standing in front of me he recited the passage in the bible. “The acts of the flesh are obvious: sexual immorality, impurity, and debauchery. Roxy, this is what I crave, what I desire, and what I will have!” He stepped closer to me and used his knees to spread my legs apart.  The ferocity in his movement made me catch my breath and turned me on. I looked up at him and saw his dark eyes turn a darker shade. He grabbed my long hair, yanking me off the chair and onto the floor.

Using his right hand, he undid his black belt and freed it from his pants. His voice was husky as he laughed as he recited another passage. “Roxy, did you know when we confess our sins, he is faithful and just and will forgive us our sins and purify us from all unrighteousness. Confess your sins, Roxy!” His voice boomed through the air and sent a shiver down my spine. “It’s time for some fun!” he said as he pulled his pants down and exposed his rock hard cock.