A Quick Titty Fuck in the Locker Room* 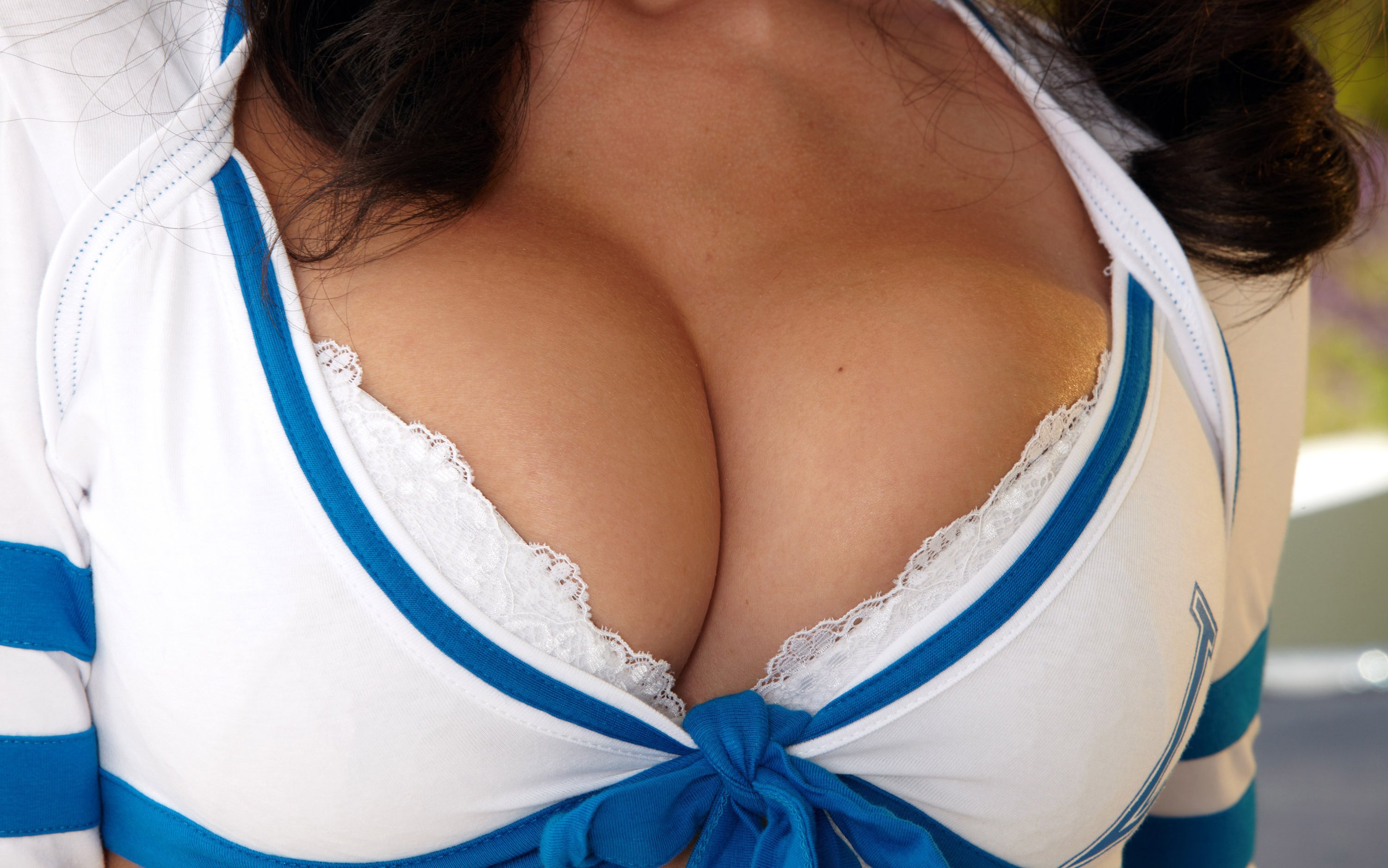 My Public Titty Fuck Will Blow Your Load

Lance was our QB1. And he was the ONLY high school age guy that I was obsessed with/had a crush on. I was too mature for most boys, and truthfully too mature for him. But MY GOD he was a hot specimen – I just couldn’t help myself sometimes! So tall, muscular… dark hair and green eyes. And even though he was QB1 and had pussy thrown at him left and right, he really didn’t seem too cocky or affected by his high school status, which turned me on even more!

One night after a particularly long practice on the field, Lance was the only one left in the locker room.

I, of course, was somewhat impatiently waiting for all the players to leave so I could go into Coach’s office for a little fun time before he went home to his wife. Sadly, time was dwindling, so I figured my chances were slim of getting some married man dick that night. I creeped into the locker room to see who the hell was taking such a long shower; tiptoeing in my quiet white cheerleading sneakers, to the corner, then around.

And there he was. Lance. Totally naked, shower running directly onto his face and over his hair as he was rinsing off. Almost done, but not in enough time to salvage my plans with Coach! I smiled and reasoned to myself that, since Lance was the cock blocker that ruined my before-home sex session with Coach… maybe HE should make it up to me! I was still in my cheerleading outfit, my big, full tits almost falling out out of the top of it. Caught him staring at my tits ALL the time. During practice. At games. During classes. At lunch. In study hall. It was fair to say he was pretty obsessed with at least PART of me!

Armed with that knowlege I casually walked up to the shower and leaned back against the wall, smiling and enjoying the show I was getting.

He freaked out at first when he saw me there, yelling and grabbing at his towel; which of course, was no longer there. I had it in my hand. Just being helpful you know! 😉

I walked over to the nearest bench and sat down, his towel stretched across my lap as I leaned over to show him even more cleavage. His eyes locked to those perfect tits immediately, according to plan! Without a word, I pulled my jersey and bra over my head in one motion, leaving my bare tits exposed – nipples immediately from the sudden rush of cool air, and lance’s intense stare. I crooked my finger and motioned for him to come over and stand in front of me. He looked warily at Coach’s office door, but came and stood in front of me as directed.

I wrapped my hand around his hard, still-wet cock and began to stroke. His eyes closed and for a moment, I think he forgot where he was. His eyes closed, and his body swayed back and forth a little as I teased and urged his cock to get harder. When he opened his eyes and looked down at me, I was squeezing my full, perfect D cups together, licking my lips.

I softly asked if he’d like to put that big hard cock between them.

I was almost shocked at his lack of embarrassment this time. He took that fat dick and slid it right in between them! I looked up at him with one arched eyebrow, spit on his cock, causing him to moan, and then wrapped my tits around it; working them up and down on his hard shaft. He stopped after a few minutes to pull his cock out, slap those bouncy tits with it, then tease my nipples with the head of his cock; smearing his precum all over them.

It was a quick titty fuck, but the beginning of a beautiful fuck buddy friendship! Want the 411 on our other adventures, or the details to how this locker room titty fuck ended?