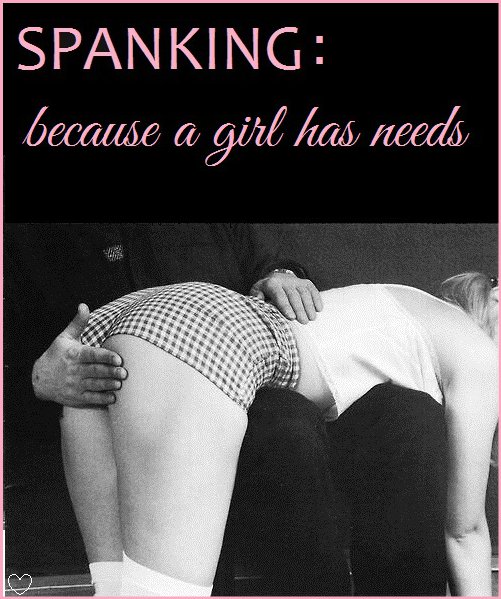 YES. I said I like to be spanked. You didn’t mis-read. 😉
It’s been AGES since I had a good spanking session… and I MISS IT!

There’s nothing quite like a good, sensual spanking, on either end of the equation! I like being spanked, but I also like spanking my subbies when they’ve been  naughty! (oh alright, and sometimes even when they haven’t been!) The power exchange aspects can be almost overwhelming. And I suppose I’m exposing the fact that I am, AT TIMES, submissive in orientation (don’t get that twisted, subbies. I still own you. It takes a strong-willed REAL man to dominate this Goddess! And YOU don’t have the qualifications.)

It’s SO thrilling! Voluntarily placing myself over – HIS – knee. That first feel of my skirt being roughly pulled up to expose the fact that I’m wearing no panties; hearing that satisfied hiss upon this discovery, as if to say YES! I knew you were a dirty little slut who deserves to be punished! Then that big bare hand – running over my ass cheeks SO tenderly… dipping down the slightest bit – just to see if his BAD girl is already drenched in her own juices. (I always am!)

Soemtimes this pleases him to the point where he actually laughs over it, which is sort of humiliating; but at the same time makes my pussy start to DRIP.

Because he already knows – I have NO will of my own anymore. There is no hiding how he’s making me feel. He can feel my body coming alive; squirming a little in his grasp. He TELLS me to be still, but he doesn’t truly want it. He wants my protest to that first, sharp spank. And the second. And the third.

I beg for him to stop spanking, but he knows that I don’t really want him to. He holds me firm as I struggle against him – and just when I think I can’t bear it anymore? He wickedly slips his other hand beneath me. Teasing and edging that hot, wet little pussy that he’s made into his very own playtoy. The pain and pleasure merge together into something SO big. SO intense – that the whole world becomes a distant blur. Time doesn’t matter. NOTHING matters, except for that intense want. No, need! For more.

Another low laugh from Him, because now instead of begging him to stop, I’m begging him to NEVER stop! My body a quivering pile of raw nerve endings. Pain and pleasure are one and the same now, and I’m pleading for more of BOTH. Completely undone. Out of control. Incapable of rational thought. Incapable of ANY thought other than wanting more… MORE!

Before he will allow me to cum from the pleasure and pain that the spanking and edging has brought on, I am forced to admit how much I love it. How dirty I really am. And that this is nothing more than exactly what I deserve! (Belive me, my little fuck puppets, because of this, I know EXACTLY what I’m doing to you in that moment when I’m holding you right there on the edge. Just playing with you and enjoying at your expense. Making you SO desperate that you could almost cry over the sexual and emotional agony of it all. I totally get it. That’s why I’m sooooo deliciously good at doing it to YOU!)

So. Now that you have this information, what exactly are you going to DO with it? File it away to jerk off another day?

Yeah. I GUESS you could do that.

But wouldn’t it be MUCH more fun to call me, and put me in that state yourself? I have ALL my favorite spanking toys lined up in a row, ready to be used at YOUR command! (Or, if you prefer, I will use yours on YOU instead!)

There’s only ONE thing missing in this scenario…