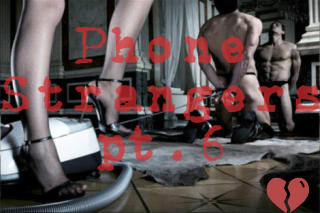 I was going to get revenge on the motherfucker that did this to us.

Terrence was knocked out and there was another man at the door. He started trying to kick it down. I looked at the cameras and seen that the rest of the men were still in the room with the 16-year-old girl. I knew that I’d be able to take this one . Then I opened the door and put the gun straight to his head. ” this is how this is going to work, you either cooperate or I’ll blow your brains out.”  the man looked at me, terrified. ” I’ll do anything you say just don’t shoot me,” he said, shaking. ” I want you to shut all of these cameras down now and give me your cell phone.” It’s time for some revenge!

he handed me his phone and sat at the desk.  He shut all the cameras down.  I grabbed some of the remaining rope that was left, tied him up and threw  him next to Terrance.   I took the gun that was in his holster and walked towards the room with the 16-year-old girl.  As soon as I opened the door I shot one bullet at the wall and everybody stopped. ” untie her right now and I want all of you to get in the fucking corner.” They untied her and grouped together in the corner. I saw one of the men reaching for his gun and I shot his foot. The man fell to the floor holding his wounded foot. ” give me all of your guns, right fucking now.”

They knew I meant business. 4 guns slid to the middle of the floor and I kicked them out of reach.

We went to all the rooms and untied the girls and handed them guns.

The last room I went to the girl was still unconscious on the metal table. I went to check her pulse and when I did, I realized it was Aileen. She was so bloody and fucked up I hadn’t even noticed before. I started shaking her “Come on Aileen, wake up. Please. Please wake up.” Tears were running down my face. Revenge wouldn’t be as sweet without her. After a few minutes of shaking her, she woke up and smiled at me. “I knew you’d come for me.” I kissed her and said “Of course I did. Now you need to get up because we have some revenge to dish out.” I untied her and handed her a gun.

She helped me drag Terrence and the other man into the room with the rest of the guys. Once we had everyone in there we turned them all so they could face us. And Aileen took over from there. We gathered items from the rooms like heavy metal clamps, long lead pipes, whips and a brander. All the girls had tools and a gun. I took out the phone and stood in the corner to record everything.

Aileen took the whip and smacked all of them across the face enough times to make them bleed heavily.

They took two of the men and clipped their balls together with those clamps, at this point they were crying in pain. The 16-year-old took the lead pipes and shoved them up their asses and made them sit on them as we took the brander and burned marks all over their bodies. By this point almost everyone was unconscious, Not being able to handle the pain they were dishing out. But Terrence was still conscious. I handed the camera to one of the girls and walked up to him. I removed the rope from his mouth and he spits on my face.

Then I kicked his head so hard with my heel that he fell on his side.

I stepped on his cock and put all of my weight on the heel, puncturing his dick. Blood going everywhere. He was screaming telling me to stop. “You showed no mercy to me, so why would I with you?” I dug my heel in further, twisting it around. “Hand me the brander,” I said to the girls. I took that brander and I held it against his cheek, hearing it sizzle on his skin. “It stopped recording.” The 16-year old said. And as soon as she did I looked at Terrence and said “I hope you rot in hell motherfucker” And pulled the trigger. The bullet going completely through his head. Revenge tasted so sweet.

We went into the computer room and grabbed all our belongings. As everyone was leaving I grabbed Aileen. “Help me do something.” We grabbed some curtains and sheets and stacked them in front of the basement door. We lit the matches and threw them on the sheets as we watched them burn. “Why are we doing this?” Aileen asked. “You’ll see,” I said. Seconds later the man from the basement ran upstairs, opening the door that was halfway in flame. When I saw his face in the light I knew exactly who it was. The guy from the bar that night. Without second guessing myself I put a bullet straight through his head and he hit the ground. I grabbed his phone and we walked out of the house.

Standing by the front door I called 911 and told them there was a fire at 1379 Stahlheber road. Hung up, and threw the phone back into the house.