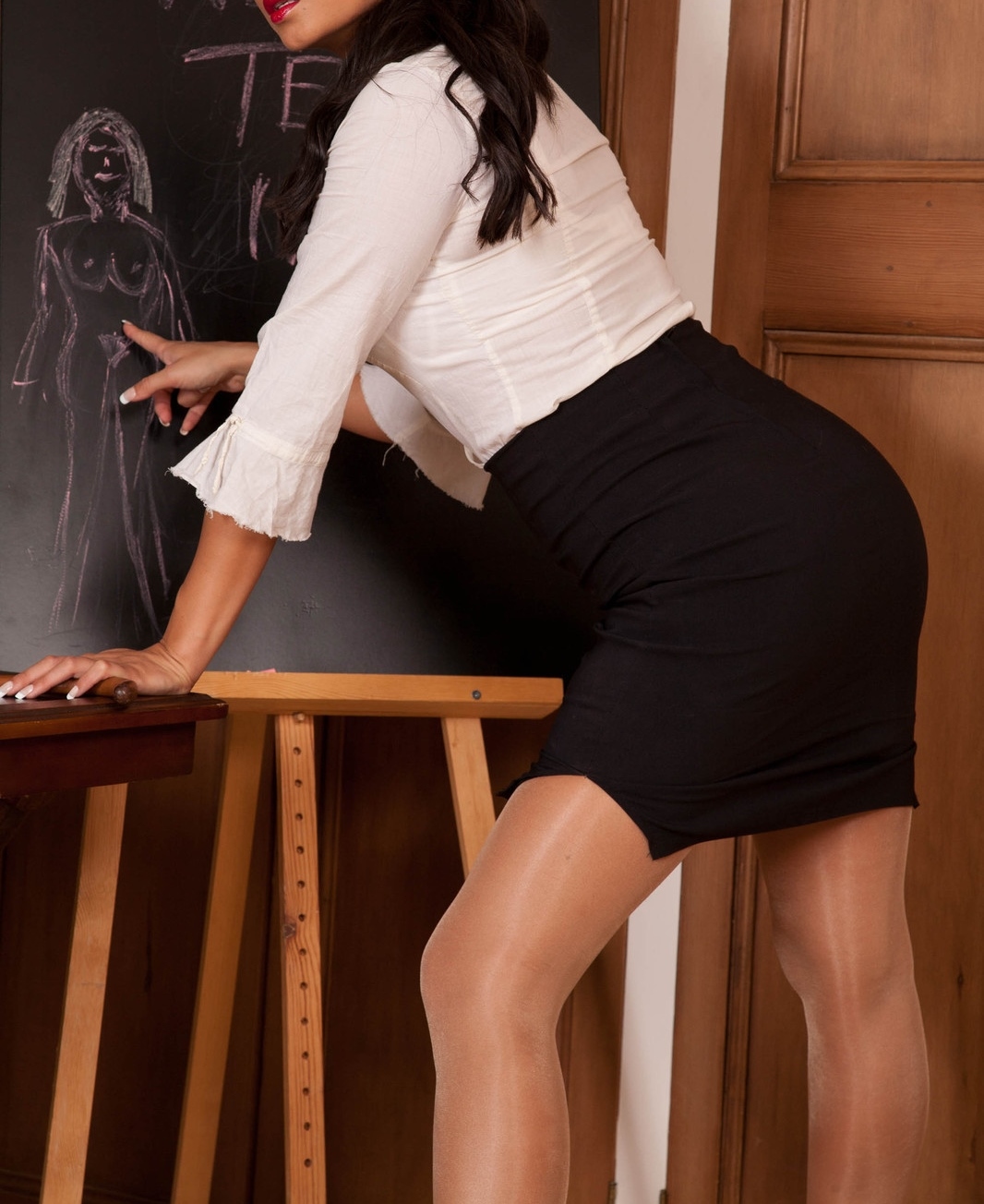 Standing in front of a room full of overly sexed teenagers might make some women feel uncomfortable, but for me, I felt empowered. I wasn’t like the other teachers in this upper-middle-class school. I had a wild side and most of the students could see it. Even when I dressed as professionally as possible, I could still see male students, and even teachers, squirm in their seat to hide their ever-growing erections. It was a pleasure to hear I was picked to teach this year’s crop of seniors sex education.

Walking into the classroom, I got the usual glares from the girls and smirking smiles from the boys. I walked up to the board and gave the introduction to the class. A roar of immature laughter filled the room as I uttered words like sex, condoms, abstinence, so on and so forth. If these stupid fucks only knew half of the education I could be giving them, they would faint in their seats.

I shook my head and continued with the lesson.

Midway through the class, I noticed one boy in particular who wasn’t laughing, but rather listening intently to my lecture. The intense look in his eyes made me raise an eyebrow as I caught myself noticing this young man’s striking good looks. I directed the class to write a short synopsis of what they learned that day as I sat at my desk watching him write. Boy, could I teach him a thing or two…

The bell rang and the class exited the room. I called for the young stud to stay behind so I could go over his paper. Nervously, he stood at my desk tracing his finger along the wooden edge. I asked him if he felt like he learned anything new in class today. Without a hint of hesitation, he quickly answered, “No.” I smiled as I stood up and walked around the desk.

“Um, I guess I know enough, Miss Jenna.” He replied.

“Show me what you know,” I said calmly as I tapped his zipper with my nail.

His hands began to tremble as he worked to free his growing cock. I was surprised to see the not only was this student a stud, but he had an amazing dick as well. He held it in his hand and awkwardly began to stroke.

“Tomorrow we will work on lasting a little longer.” I said with a sarcastic undertone.

“Now keep our private lessons to yourself or you will lose the best fucking tutor you will ever have.”

I wrote him a note for being late to his next class and sent him on his way. I could see myself enjoying teaching Sex Education this semester.