Mile High Stranger! My Anonymous Encounter In The Sky!* 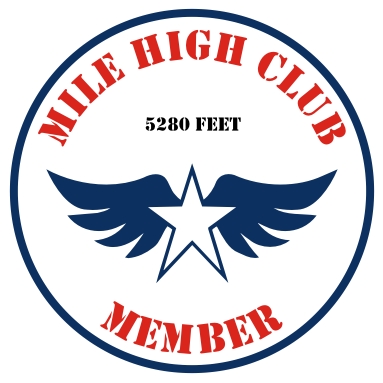 Anyone for the Mile High Club?

I always wanted to join the Mile High Club. I have actually had in-depth fantasies of being fucked in the sky! But after so many flights without being initiated into the hallowed ranks of the club, I had all but given up.  I’m sure I could have joined on previous flights but there just never happened to be anyone that I was attracted to.

This flight didn’t seem any different. I checked in, went through security and sat waiting at the gate. Mildly curious, I looked around to see if there might be a likely candidate at the gate but I didn’t see anyone that caught my eye. I boarded and thought that it would be the normal flight. To my surprise, just before the doors closed a guy rushed onboard. As he was coming down the aisle we locked eyes and he grinned a little when he sat down next to me in the empty aisle seat. My mind was already racing with the possibilities.

By the time the flight attendant finished her announcements I knew that even though he was wearing a wedding ring, he was the one.

I stared out my window until we were at cruising altitude. A few minutes later, I looked over at him and caught his eye. I bit my lip and motioned with my head to the back of the plane. His eyebrows went up. Quickly, I smiled again as I  stood up, straddling his lap and showing off my red lace thong under my skirt as I made my way to the aisle. I looked back over my shoulder and saw him watching me as I made my way into the tiny bathroom. I watched him intently until I saw him getting up as I closed the door.

Seconds later he pulled the door open and he was sliding inside with me. It was more cramped than I thought it would be but I grabbed him and turned him around with me so he could sit on the toilet. Leaning down I pulled out his dick and stroked it as I pulled my panties down my long legs until I could pull them off and shove them into his pocket. I hiked up my skirt and slid my pussy down that long thick cock. Feeling him fill me full. Stretching me, even.

I rode him like a rodeo cowgirl until we both came. Me moaning into his shoulder and him biting my hard nipple to stifle his sounds of orgasm! As I stood up to adjust my skirt, he leaned in and started whisper “My name’s —”

I stopped him with a pussy flavored finger to his lips. I shake my head and shush him. “No. You’ll ruin it. No names.”

The last view I had of him was after our flight, at baggage claim, his beautiful wife wrapped around him, lips pressed to his and a scrap of red lace just visible in his pocket.

These True Sex Stories are my favorite! What about you? I love acting out some of my hijinx! Makes for some really hot No Limits Phone Sex! Are you a member of the Mile High Club? Want to tell me about it?