Kidnapped and Raped by two masked men… shocked when she discovers 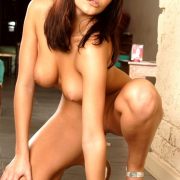 A friend of mine told me about being Kidnapped and Raped and how it has shaped her life. You see she had gone to her friend Lisa’s “birthday party” at Lisa’s family’s house. Though she had only drunk one her mind felt fuzzy.

She had stepped outside getting fresh air. Never expecting to be Kidnapped and Raped. But two masked men grabbed her and smothering her cries easily overpowering her. Dragging her further into the shadows.

Though she struggled they pinned her to the ground kneeling on her hands. One had his hands pressing into her shoulders. While the other held a hand over her mouth laying on her.

She felt him reach under her dress and rip her panties off. Then more movement

she felt her first cock pressing against her pussy.

Her body flooded with adrenaline her mind was clear seeing feeling everything. She felt how her rapist’s cock stretched her tight teen pussy. The burning as his cock head eased into her tight opening.

He gripped her breast hard as he waited a moment with his cock barely lodged in her. Tears leaked in streams from her eyes as she held still. Afraid to move.

Her eyes locked with her rapist she still had no warning when he thrust hard. Driving every inch of his cock deep into her pussy.

The pain was overwhelming as she floated in and out of consciousness. She could feel the slamming his cock like a piston of pain.

His body crashing onto hers so rough he could not catch her breath. To even scream. With a final excruciating thrust,

she could feel his seed splashing in her

as she lost consciousness. Not knowing if minutes or hours past she woke to the feel of a different body on her, in her. She gasped as he entered her in one smooth motion. It didn’t hurt this time, her previous rapist’s sperm lubricating the way for her second violation.

He began to fuck her slowly and steadily. Kissing her face, her eyes, her forehead, her lips, and her neck. After her previous rape, it was almost comforting. She was exhausted from her struggles.

And held like this, almost folded in half, she couldn’t move, could only lay there. Slowly getting fucked for the second time in her young life.

A warmth spread through her body as he slowly thrust into her. And she felt the nipples on her small but firm breasts begin to throb beneath the chaffing of her shirt and bra.

Rubbing back and forth against her breasts by the gently rocking motion of the man above her.

Her loins began to tingle,

like a humming or a buzzing deep down around her pussy. As she stared confusedly at the sky past her rapist.

What was happening to her, she thought, her fear building as the sensations of her body slowly increased. She had never felt anything like this before, and it frightened her.

But the sensations engulfing her body, the delicious sensations coursing along her nerves, began to overwhelm her.

Each thrust of his cock brought a muffled gasp from her as sparks of pleasure flashed across her body. His kisses on her face and neck became burning, thrumming pleasures. As the buzzing deep down in her groin increased with each stroke of his cock in her tender teenaged cunt.

She felt him increase his pace on top of her, and her eyes snapped open and her body started shaking with the tension of coming ecstasy. It felt so good, she thought, so good,

and she screamed in the release

as he bit down hard on her neck. The pain sending ecstasy screaming down to her cunt. Which burst out in the most incredible sensations of her life, wave after wave of agonizing pleasure rocking her slender young body.

Her cunt gripping and grasping and twisting around the invading phallus, her vision going black as she felt a man’s seed fill her for the second time in her life before she passed out.

When she awoke, she found herself stripped naked and lying in a 5’x5′ cage hanging 4′ from the ground.

She waited there, terror and despair slowly growing in her as she looked around the room by the light of the single bulb in the ceiling.

stared in surprise at who had kidnapped and raped her.

As the door opened and in walked her friend, whose birthday party she had been kidnapped from. Lisa, followed by her brother Jeff and her mother and father, Karen and Bill, and the family dog, a German shepherd.

“It looks like our little prize has woken up. Time to truly breed this bitch”

she heard Bill say as he stroked the obviously aroused dog. She passed out from shock and amazement.