Joining Mile High is the Only Way to Fly ♕ 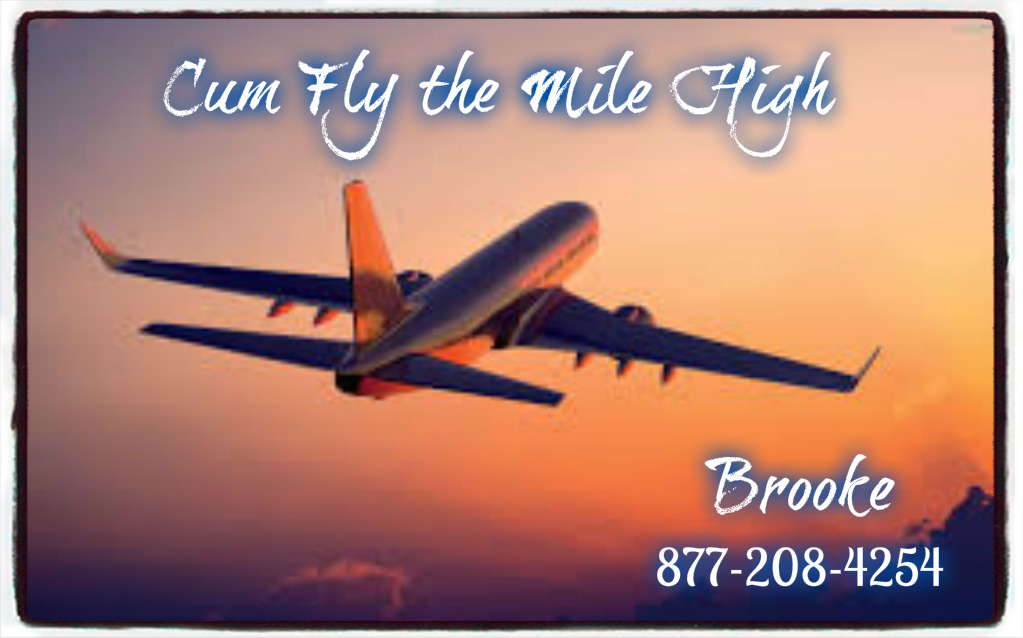 Who would’t want to join the mile high club?

I think joining the mile high club is on everyone’s bucket list. I know that I’ve always wanted to do it but have never had the opportunity. That was all about to change. It was my first day as a flight assistant and I was honestly a little nervous. It was a night flight that would last about 3 hours. The passengers started to board the plane. I was standing in the doorway greeting them all as they filed in one by one. I could tell who was and was not comfortable with flying just by the look on their faces as they boarded. Some looked a little more stressed than others, one particular man caught my eye.

He was about 5’10”, average build with light brown hair. But what really caught my attention was his eyes. They were green with flecks of brown and yellow. The stress was already visible on his face so I gave him a warm smile, put my hand onto his shoulder and gave it a little squeeze as I welcomed him on board. If I was ever going to do the mile high thing I wanted it to be with someone like him.

The plane was only about half full which was good for my first flight. I walked the aisle checking each passenger to make sure they didn’t need anything and that they were putting on their seat belts. I was walking back up toward the front when I noticed Mr. Green Eyes in first class. He looked a little pale so I stopped to check on him. I asked him if he was doing okay. He looked up at me and said that he had a fear of flying. Sitting in first class with the extra room helped a little but he was having a harder time than usual on this flight. I told him not to worry and that I’d do everything I could to help. I got him a bottle of water and told him that I would be back to check on him in a bit.

About 30 minutes into the flight everyone was finally settled, most of them drifting off to sleep. I told the other attendants that I was going to head up to first class to check on a passenger. They told me to just stay in first class and take care of everyone up there. When I opened up the partition I noticed that there were only three people up there and two of them were asleep. Mr. Green Eyes was sitting straight up in his seat when we hit a little bit of turbulence. His hand gripped the armrest so tight that his knuckles turned white.

I came up beside him, put my hand on his shoulder and told him it was okay. Taking the seat beside him I started talking to him to keep his mind off of things. I never expected that we would hit it off so well. I found out that his name is Brian so I didn’t have to call him Mr. Green Eyes anymore. HAHA We talked for about 30 minutes before the plane experienced some more turbulence. I put my hand on his leg and began rubbing it a little to comfort him. He looked down at my hand, put his head back on the headrest and closed his eyes. He was taking deep breaths that I’m assuming were meant to calm his anxiety. After a couple of minutes he took off his seat belt and stood up saying he needed to go to the bathroom to rinse his face with cold water.

He was gone for awhile so I went up and knocked on the bathroom door. When he opened the door he just braced himself in the doorway for a minute. Before I could ask him what was wrong the turbulence hit again, this time worse than before. I had nothing to hold on to and fell right into him. Instinct made him let go of the door frame to catch me and we both fell back into the bathroom with the door swinging shut behind us. I started laughing a little but when I said sorry and put my hands between us to push away he looked down at me and those eyes….they just captivated me.

He tightened his arms around me, leaned down and kissed me. It was just a little kiss but when he broke the kiss our mouths stayed just an inch apart as our eyes met once again. He kissed me again but this time it was more. Our mouths parted and our tongues began dancing in and out of each other’s mouth. It went from a normal kiss to fevered in no time. The intensity of it all made me so wet but from the feel of the bulge between us, I wasn’t the only one turned on. Just thinking about joining the mile high club with Brian turned me on even more.

Our hands were all over each other. The bathroom was a little bigger since it was first class but it was still a small space. He lifted my skirt and pulled down my panties. Sliding his finger into my tight opening was all he needed to know how wet and ready I really was. We knew we didn’t have much time so I undid his pants and pulled out his cock. Brian pushed my back up against the one flat wall, took his cock in his hand and bending down in front of me, he aimed his dick at my entrance and stood back up. I wrapped my arms around his neck and with him pressed against me the way he was I ended up getting lifted up off of my feet as he stood.

We were both trying to catch our breath and after a minute or so I told him we had to hurry up and get back out there so we wouldn’t get caught. He agreed. We righted our clothing, fixed our hair and headed back out to his seat. I could feel his cum leaking out of me into my panties as I walked down the aisle. I checked the on the other passengers real quick and finding them still asleep I asked Brian if he was okay or if he needed me to stay with him still. He asked me to sit back down with him because it really helped with the anxiety.

I sat back down and asked him if he had already been a mile high member or if that was his first time. He said that he had never done it before and I laughed. When he asked what was so funny I told him it was just a few firsts for me that night too. My first day as a flight attendant and we got to be each other’s introduction into the mile high club. I’d love to hear about your sexy fun on airplanes!! Give me a call and lets share some hot stories!!!