Impregnation Fetish is Risky and Hot Like Public Sex* 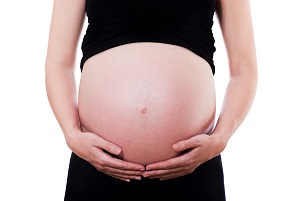 Impregnation fetish is something this phone sex girl likes because of the risk factor. Everybody knows I’m all about getting into trouble and taking risks. It just makes it hotter, don’t you agree? The way I see it, there are two different “types” of an impregnation fetish.

What I mean is this: the risk of getting a girl pregnant is one and actually getting her pregnant is another. Also, having sex with a pregnant girl can be part of it, too, because she’s impregnated. As for me, I like them both for different reasons.

The Risk of Getting Pregnant

The risk of getting pregnant is fucking hot because it might happen, it might not. Just like public sex, you might get caught, you might not. I, personally, hate condoms anyway. They ruin the feeling because no matter how “lubricated” it might be, rubber is still in the way. It’s hard to feel the pulsing, the veins, all the finer details a cock might have.

There’s the idea I have about my belly getting bigger that I like. It isn’t me getting fat, but a baby growing inside me. The thought of him putting his hand on my pregnant belly and telling all his friends excites me.

It’s the thought that he put his seed into me and now I’m his forever. In some ways, I suppose, it’s almost like an ownership thing. It’s a giving yourself fully to someone else.

What do you think? What’s your favorite part of the impregnation fetish? Give me a call so that we can talk about it with some fetish phone sex.