Immortal Witch Gets Mated to a Alpha Primal Wolf

The wolf had heard of a beautiful immortal witch that lived in a cabin in the forest. He hunted for her cabin for months and finally on a full blood moon and stormy night he found it. He stood outside her door, smelling for her scent. When he caught it he growled out the word “mine”. He flung open the door and stepped in.

The cabin was small, just a small kitchen/dining room, a little bedroom in an alcove and a bath. The cabin was lit with candles, herbs and various animals hung from the walls. In the middle of the room was a cast iron bathtub over lit coals. In it the immortal witch stood up, her black hair going to her perfect 38 DD tits, her porcelain skin glistening with water in the moonlight and candles. Her blue eyes glowed at him with lust.

He started to let out a low growl, his brown eyes glowing and fangs elongating at her. He stalked to her and grabbed her by her waist to yank her out of the tub. Slamming her against the wall of the cabin, her legs wrapping around his waist, they started to kiss passionately. He pinned her hands above her head as he started to nibble down her jaw to her neck and then finally to her tits. Biting and sucking on her nipples, he gripped her ass in one hand to free the other.

The immortal witch was entranced by the wolf’s primal need.

The wolf started to slide his free hand up her inner thigh to her bare pussy. His fingers slid easily up and down her soaking pussy lips. He then slid one finger up the inside of her lips to her clit. Rubbing and flicking her clit with his finger. Teasing her as he sucked and bit on her nipples. Kissing his way down her body, nibbling on her hips as he kneeled on the floor. He slid his finger off her clit and replaced it with his mouth.

As he sucked on her clit he slid his middle and ring fingers into her tight pussy. The wolf slowly started fingering her, running his tongue in circles around her clit. The immortal witch started to grind her hips into the wolf’s face. The wolf started to finger her faster and harder, her pussy juices dripping down his hand. Her orgasm building at every thrust of his fingers. He felt her pussy start to tighten around them so he bit her clit with a fang. Immediately sending her into an intense orgasm, screaming as she came all over his face.

The wolf stood up and slammed his rock hard cock into her. Her pussy squeezing and milking his cock as he pounded into her. The immortal witch stayed in a constant orgasm as the wolf fucked her. He pinned her hands above her head with one hand while digging his claws into her hip with the other. He was fucking her so hard the wall to the cabin was shaking.

The wolf was fucking the immortal witch with primal passion.

The witch wrapped her legs around his hips as he pulled her away from the wall. He carried her to her bed and laid her on her fur blankets. Climbing back on top of her he slid his cock back inside her pussy. Fucking her slow and hard, taking the tip of his cock out to the tip then slamming it back into her. He did that over and over until another orgasm crashed through her body.

He flipped them over so she could ride him. The immortal witch started sliding her pussy up and down the wolf’s cock. She grabbed his wrists and held them above his head as she teased him. Teasing him by taking him out to the tip and pausing for a few seconds before slowly sliding back down his shaft. She did this over and over until he was growling at her and baring his teeth. Sitting up on him she started to bounce up and down on his cock. Her tits bouncing in his face as he dug his claws into her hips.

Fucking him hard and fast, her clit hitting off his pelvis on every thrust. The wolf flipped her off of him and onto all fours. He gripped her hips as he slammed back into her. He fisted her hair and arched her back into him as he pounded her tight pussy. Reaching around he started to rub her clit as they fucked. Her pussy started to tighten around him as her orgasm built. Smacking her clit with his fingers sent her over the edge. Screaming as she came on his cock.

This Primal Wolf lays claim to the immortal witch.

Are you looking for a sensual teen sex story or maybe just a good time with a naughty slut? Come try some taboo phone sex with me then! 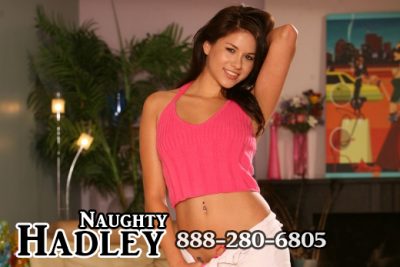