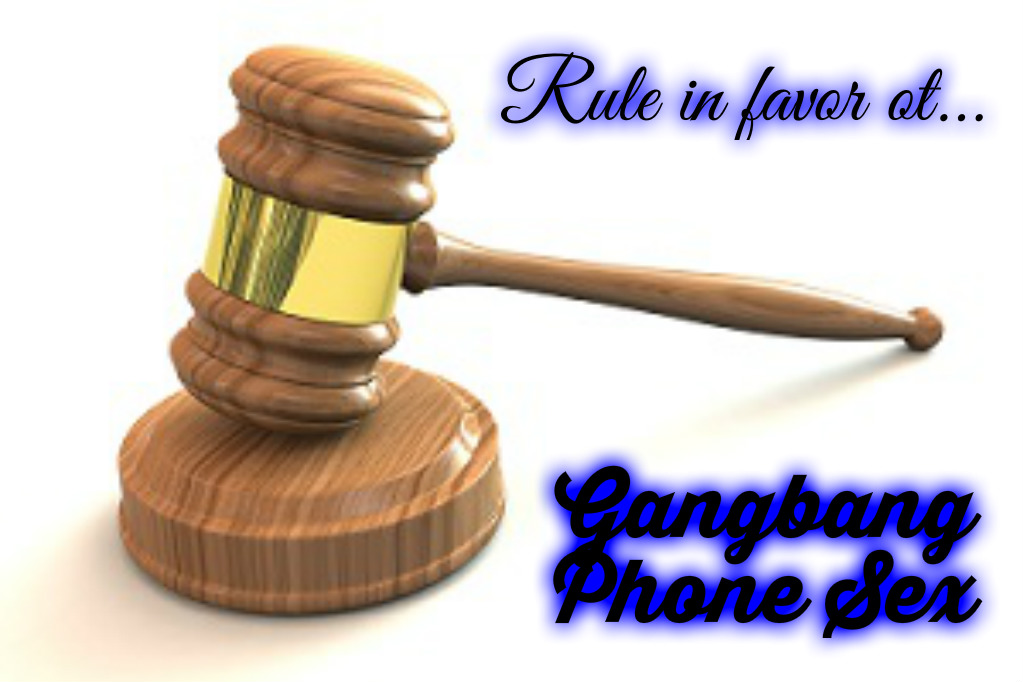 Group sex stories, i.e. gangbangs, are so popular because everyone wants to see a slut. This hot phone sex story is all the hotter because it’s true. For those of you who don’t know, I had some legal trouble this week. Nothing too serious and nothing I couldn’t handle. My body is a weapon and I know how to use it.

I use my hot body for good, not evil.

He looked up in surprise and his eyes went wide when he saw me. I only smiled because my advantage was only higher now. When I walked over to him, I swung my hips wider than usual. I slid into his lap and pressed my firm ass against his firmer cock.

Then I wrapped my arms around his neck and leaned in close. “My name is London. What can I do to make this mess disappear?”

He looked uncomfortable at first, but then his hips started bucking upward, trying to get into my pussy. Then he reached over and picked up his phone. At first, I thought I was done for because he called some guys over to his chamber.

When four guys in suits carrying briefcases came in instead of officers, my pussy started to tingle. They all looked at me, set down their cases, and immediately dropped their pants. I was such a good little cocksucker for all five of them.

They used all three of my tight holes however they saw fit.