A Girl on Girl Hookup: Moaning in the College Dorms 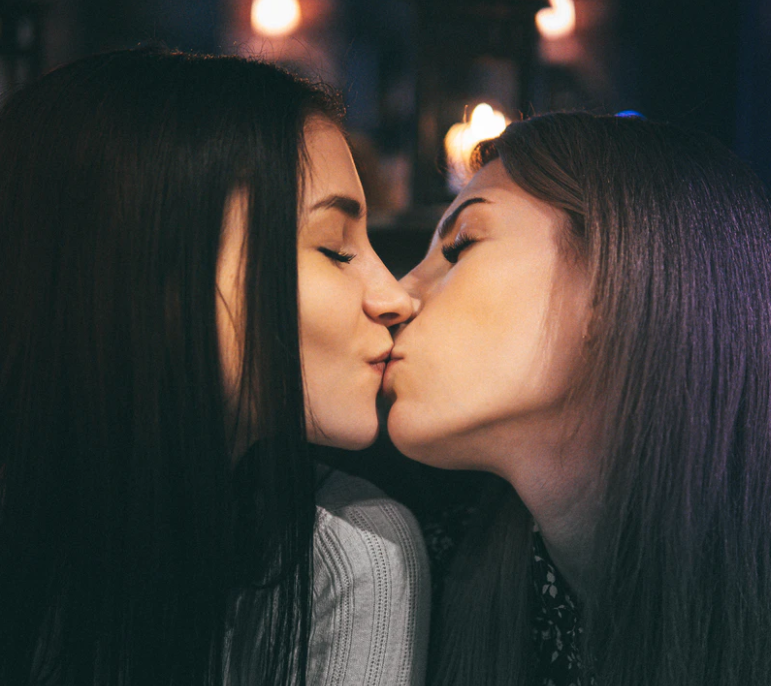 The first girl on girl hookup!

A girl on girl hookup night is definitely not something I ever planned. I was always pretty straight. But you know what they say, girls appreciate girls. I’ve always been on the straight side, but I know how to appreciate gorgeous women.  Even when I was younger, I couldn’t help but wonder how soft their lips might be and what make-up they were using. I guess it’s really like Katy Perry’s song – girls are gorgeous, and sometimes we get drunk and kiss one! Honestly, I definitely had my share of drunk kisses when I was even younger, but my first time with one wasn’t until college.

I had this beautiful blonde roommate in college. Her name was Lizzie. When I first moved into the dorms, she was so welcoming and high-energy; I thought she might be crazy! Nope, it turns out she was just a party girl. She was always down to make new friends and end up in a new part of town, exploring a new club scene. Lizzie was tireless. Soon, we were bouncing around from party to party, sometimes even on weeknights. She quickly showed me how to dress up slutty to get all the attention I could ever want. Sometimes she’d vanish into a girl-on-girl hookup, but she was just magnetic like that to guys and girls alike.

But she had a couple of naughtier ideas, too.

I didn’t even know what she was up to, but she was a devious little blonde. She finally got her to wish one night, too. We’d bounced around downtown for a while, hitting two parties before going home a little early. She said we would have more fun at home, with our own music and our own drinks. A couple more shots in, and we were dancing in our dorm room.  I showed her how to dance to reggaeton – modern/urban Latino dance music. She loved it! I guided my hands on her hips to show her how to shake her ass and grind against me. She was waiting for that. It was the green light she was waiting for to try a girl on girl hookup finally.

She started by grabbing my ass.

As she was grinding against me, she put her hands on my ass. I thought it was playful at first. So, I just laughed and went along with it, running my hands over her body. The more we ‘played’ and made it seem lighthearted, the more flirty she grew. Soon she was facing me, dancing against me, with her hands on my hips and one lingering near my pussy. She went for it so strategically. Her lips landed on mine in the best kiss I’d had my entire life. She kissed me so sweetly but let it linger, making it more intense by the second as she ran her hands along my body.

We stepped back little by little as we danced until she gently pushed me against the bed. I leaned back onto it, and she climbed on top of me, her hands pinning mine down as she made me hers. It was the girl on girl hookup she’d been dreaming about since I first moved into the dorms. I couldn’t help myself, either.  Lizzie was notorious for college girl threesomes, and I was so horny right there, I would have let her bring in any one of her friends-with-benefits.  And she did, in fact, invite a couple later on. Lizzie was insatiable; sometimes, she’d even keep me up with some hot phone sex, whether she included me or was phone-fucking a friend!