Exploring New Fantasies: Being a Giantess Was SO Hot!* 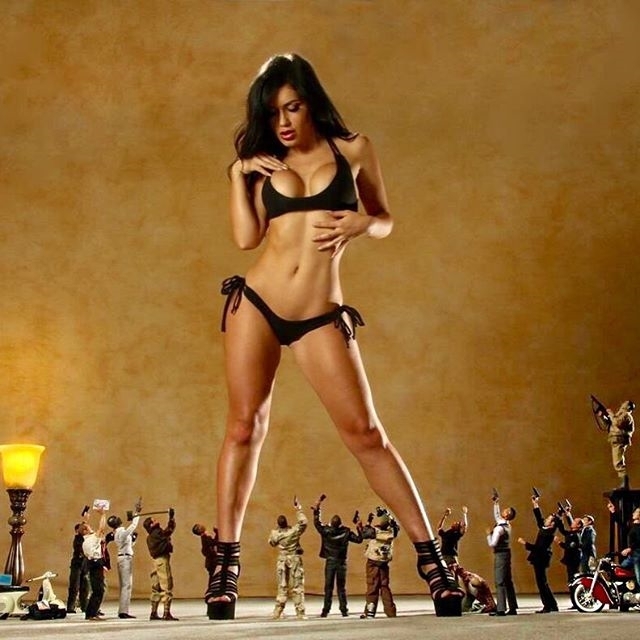 I did my first call as a Giantess and I LOVED IT!

Have you heard of Macrophilia? This is the fetish where one is sexually attracted to giants. Something about it really resonates with me. Growing up I was always the tallest girl in my class. I was a head above all the other kids in school pictures and I was strong like the boys. I loved being bigger than them!

I’m only 5’9 (which is still pretty tall for a woman) but I feel 6’4 in my mind… or bigger! Role-playing that I am a giant came so naturally to me. I love fantasy roleplay in general, there is nothing that turns me on more than a man who can get creative. A man whose imagination takes him to other worlds and places.

Role-playing being a Giantess was so fucking hot: I loved propping one leg up and making him eat my pussy. He was standing but since I was SO TALL my cunt was at his eye level! My clit so large that he could pull the entire thing into his mouth and suck it like a dick while my juices flowed down his face and chest like a river. Instead of fingering me he slipped his entire fist into my pussy. Reaching his arm up and down to penetrate me while he licked and teased my clit with his entire mouth. I let out a deep, melodic moan that echoed as he used his whole hand to stroke my gigantic g spot.

My little boy toy was so eager to please his big, strong, mistress.

Whats your favorite fantasy role play? The wilder the better, I wanna hear about it! Let’s get those “creative juices” flowing…