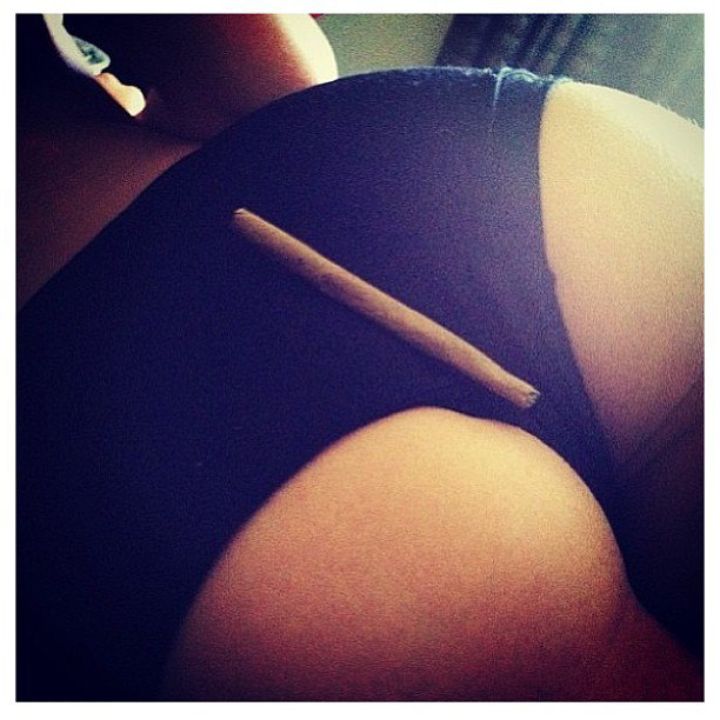 I’ve been a party girl ever since college. I was the girl in the parking lot, doing jello shots off the car hood with my friends. Didn’t matter how early or late in the day it was.. Nothing was really going to stop me. 😉 I mellowed out a little once I stopped hanging around all those crazy girls every day.. but some habits still remain! Of course I still need a drug dealer, he’s the steady available supply to anything I need..even if I don’t buy much. but sooner or later, I had issues keeping it a strictly business relationship.

And can you blame me? Bad girls love bad boys. I couldn’t really keep away. It started with a few weed brownies last month..and I’ve been making my way over there more often, just to hang out and talk. We share some mutual friends, so we started hanging out at his place a lot. And you know the way those guys are – they love seeing a sweet ass walking around. And I love to show mine off 🙂 Specially in bootyshorts! Why would I ever hide it? It’s not like we’re out in public or anything. Just a few of us having fun..taking a few shots, and just being reckless in general.

But last week, I stayed over at my drug dealer’s apartment a little too late. Everyone had gone home slowly, and since I live in the same building, I could afford to stay a little longer and not going home so early. Plus, I didn’t really have work til later that night. So I got him all to myself, and he’d definitely been appreciating my “show off” antics. He couldn’t get enough of watching me walk around, and girls always know when someone’s looking at our ass. He wasn’t that slick. I’d catch him looking and shoot him a little smile.. until I gave in and walked over, teasing him by sitting on his lap, straddling him. “What’s the matter?” I whispered into his neck.. and it was all over from there. He’d seen me flirt and tease just about anyone I wanted, knowing that I never really gave it up. I was just a tease..and he wanted to see if he could be the one to turn it around and actually be the one to get to fuck me. Lucky for him..I really do have a soft spot for bad boys.