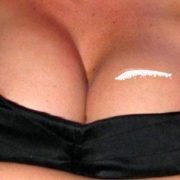 His secret forced intox role play fantasy might shock you.

One of my favorite clients called for more forced intox role play fun this morning. He has a very specific fantasy: I tie him up, then force him to do way too much coke. Recently we’ve started incorporating “scarier” elements, like holding a knife to his throat or a plastic bag over his head after he’s beyond high. I sweet-talk him into not being scared for me, telling him that if he really loves me, he’ll go along with it. Ah, the beauty of gaslighting!

Because ultimately in his forced intox role play fantasy I take his life, I’d put his masturbation fodder somewhere under the umbrella of “black widow” fetish. Eventually, the role-play of depriving him of oxygen becomes so exciting for me I end up taking his life anyway. I ask him to forgive me as I pull the bag tighter and feel him struggle for his final gasps of breath. It’s too late. I’ve done it. And now I’m going to be the executor and sole beneficiary of his will. Did I love him? Yes. But his “Last Will And Testament” won’t be going to probate.

Forced intox role play is about trust. And it’s about power.

Most of all, you need a strong woman to take control. You certainly need that more than anything. Maybe you need it more than to “quit” doing whatever drug/substance it is you’re doing. Guess what? I’m going to go ahead and tell you to forget about “quitting.” Ha! What a joke. Just like you. You’re like putty, an open book to me. Also, it’s playtime. Therefore, time to get the bottle/bag/whatever it is out and pick up the phone.

Finally, are you ready to stop drinking alone and get some reverse help for your “problem”? Good. I’m right here, waiting to DESTROY you.