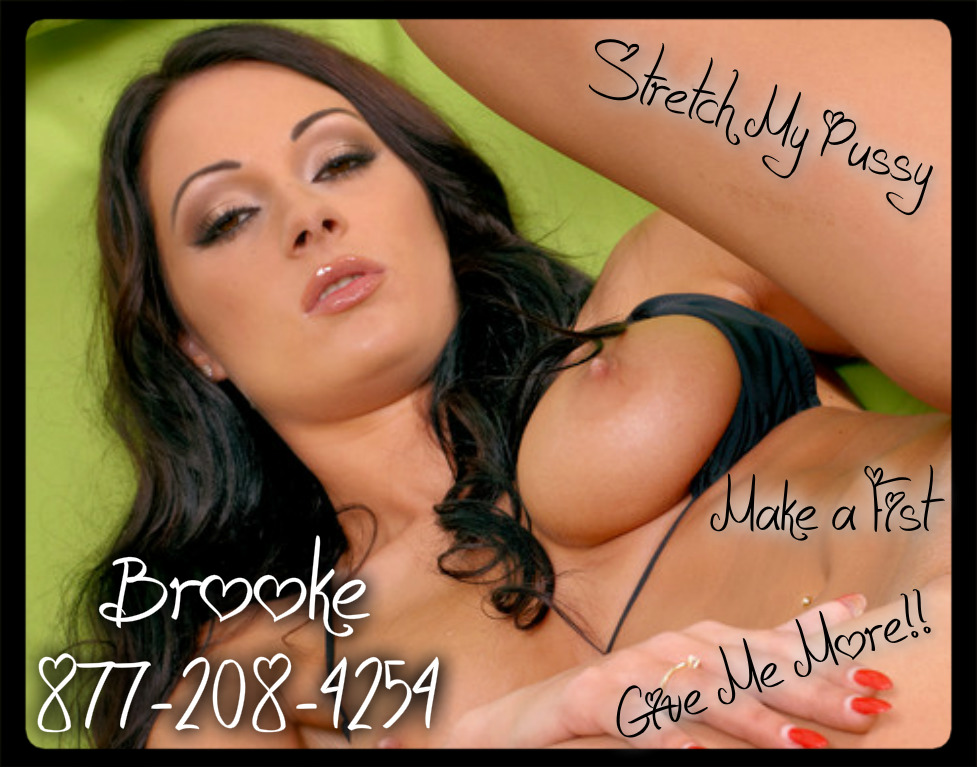 We moved to the bedroom and though I was ready to pounce and fuck his brains out he was more into taking me in and enjoying my body. How the fuck could he be so calm!!! I was about to go mad with the need to have him inside of me! His fingers teased my outer folds and my body instantly reacted arcing up to his hand begging for more. He slid two fingers into my tight hole and began to slowly fuck move them in and out. My hips were grinding on his hand as if he was fucking me and I said “More”.

He added a third finger but even that didn’t sate my lust for long. After a few minutes I needed more and told him so. He’s not used to me being this insatiable so he hesitated a bit before he added in his fourth finger. “I don’t know if it’s going to fit,” he started, “you’re really tight”. “I want more. Just try and stretch my pussy, please baby,” I begged. He did as I asked and slowly worked his finger into my tight cunt.

It took him awhile but soon he was sliding all four of his fingers in and out of my pussy to his knuckles. My juices were leaking out all over his hand keeping him well lubed up as I continued grinding my hips. He could tell I wanted more and by this time he was so fucking turned on by how much I was taking that he wanted to give me more. He wanted to see just how much he could get inside of me. Slowly he pressed with a little more force each time his hand went back inside of me until his knuckles stretched their way in.

I screamed out in pleasure as his knuckles made their way into my tight canal. The feeling of being stretched is a pleasure like no other and knowing how good this felt. I couldn’t get enough. I needed more. He added his thumb without me even having to ask but when the base of his hand started to stretch my tight hole I had to pause for a moment.

He began slowly turning his hand inside my sloppy fuck hole trying to stretch it a little more without hurting me. I didn’t even realize when his whole hand slid in but I could feel his fingers on my cervix and it was a little uncomfortable. “Can you make a fist?” I asked. “Um…I can try,” he replied. I could feel his fingers trying to bend inside of me. It was a really strange feeling and kind of hurt a little but once he had his fist made it just added even more girth to stretch and fuck my dripping pussy. He was fisting me for the first time and it was fucking amazing!