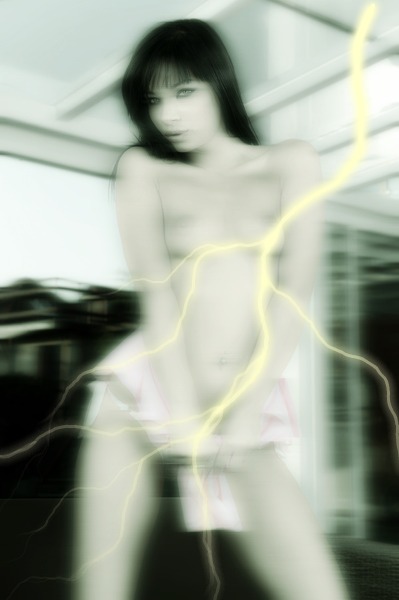 Have you ever just been laying in bed and you feel like someone is there with you, watching you? For a solid week around the same time every night I would be laying in my bed and could feel some sort of presence laying next to me in bed. Immediately I would wake, sitting straight up in my bed. Nothing, not at all. Was this a fetish phone sex dream that I was having? Well last night I decided that I was not going to wake up. I would wait and see what would come out of tonight’s feeling. I laid back and around 2 in the morning it was there again. This time I remained calm and what happened surprised me. Soon I had an overwhelming feeling run between my legs. It was cool over my warm cunt. It moved fast over my clit, like the speediest vibrator I have ever felt. arched my back and moaned out.