Dirty Sexting Got A Little Out Of Hand! 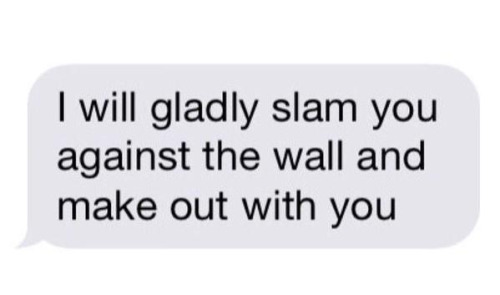 In college, I got a little carried away with dirty sexting..

My dirty sexting habit got a little out of control in school. It started off innocent enough.. We’re a generation built on phones and texting! It was bound to happen that the world would end up making us little monsters. Every girl I know has sent dirty pictures to someone, be it an ex boyfriend, a fling, or even a guy they’d just started getting to know.. And some of them go beyond pictures, too. They get really into it..describing it, basically having phone sex through typing. And, I’ll be honest..I’m completely guilty of all of it. Pictures, videos, sending dirty texts all the time..and, I’ll be honest, it started as early as high school! but it got a lot more out of control in college. I had a much better phone, I had freedom, I was single, crazy, and a little bit reckless from a recent break-up.. Basically, everything fell in line just right. I’d take a million dirty pictures in my off-time. Working out different angles, lighting, scenery.. hahaha. I almost never had the same background twice! It’d get pretty boring if I kept sending the guy I was flirting with the same tits in the same room, right? So I’d mix it up..and I never deleted a single one! Pfff, you think I’d delete all those dirty pictures I worked so hard to make? Haha, no!

But it wasn’t just pictures, either. I’d be flat out having phone sex – through texting – in the middle of class. This specifically happened a lot in the class just before lunch. Some legal class that, though I did very well in, was still boring as hell! So, even though I sat in a front row seat…I was still sexting away. I’m still a little worried if the guy behind me in that class, Patrick, ever got a good look at what I was typing… but I’d tuck the phone into my stomach and type, type, type away, letting my dirty fantasies go on a little spree. I really loved melting that guy’s head..specially because he was sitting in the same class, three rows away. He got to see my evil little look when I got something really dirty on my mind..and he cringed and held his breath in anticipation when he saw me texting. There were more than a few times when he had to find an excuse to leave the classroom or stay sitting down a little longer, because I’d drive him out of control..sometimes he could hardly get it down in time. and there are so many stories to tell about this..dirty sexting in the library, the movies, the backseat of a car.. sometimes even Taco Bell with my friends. I always had sex on the brain!.. I guess nothing’s really changed, huh? 😉