CAUGHT JERKING OFF with HIS SEXY VIRTUAL GIRLFRIEND 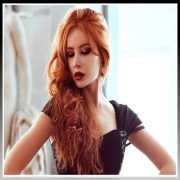 Have you ever gotten caught jerking off?

Have you ever gotten caught jerking off while sexting?

Does the thought of getting caught jerking off with a virtual girlfriend turn you on?

If you answered yes to any or all of the above questions you are a thrill seeker.  Like most men, you have a need to always push your limits and boundaries in the sex department, There’s just something about having a virtual girlfriend – No strings attached and she doesn’t ever complain, bitch, moan, whine or nag. The virtual girlfriend is perfect in every way.

We had just arrived home from our Friday dinner date. Dorian and I had lived together in a small one-bedroom apartment in New York City for about six months.  It was a perfect evening.  Who could ask for anything more?

Dorian had been waiting for this night all week, he had been fantasizing about fucking me when we arrived home.  It was still early and I wanted to rest my eyes. In addition to my long week, the wine had given me a slight headache.

Our relationship was still new, but Dorian had been sexually frustrated in their relationship recently.  He never wanted to hurt me, but he had been chatting with a woman on Tinder.  Yes, she was his virtual girlfriend. It was exciting to him, she was a total cougar, almost fifteen years older than me. He had always fantasized about older women. (Eyeroll)

Dorian let me rest, as he scurried off to our black leather couch in the living room. He checked if the woman was online and she was. “LonelyMillie69” was her screen name. He sent her a message and she replied almost instantly. She giggled, saying she had been drinking wine alone that night, some Merlot from an expensive brand Dorian had never heard of.

Flirting, Millie said she’d love to see Dorian on camera. “I don’t want to get caught,” he said.  “Get caught jerking off?” Millie giggled.  She piqued his curiosity, as she encouraged him and said everything would be fine.  She was a feisty little vixen who knew how to play the game of cat and mouse.  Experienced, she just ended the chat saying “Just a peek!”  smiley face wink emoji.

The curiosity was killing Dorian.  He was finally going to see his virtual girlfriend. They had only ever seen each other’s profile pictures. Millie was a redhead with stunning jade eyes, not a natural redhead but striking red you only got by coloring.

At first, Millie’s stream came in, she was wearing a revealing red nightgown and was holding her glass of Merlot. Dorian smiled, he felt his heart rate increase, as he began to pump more intensely. All he wanted to do was jerk off to her.  Hs head and cock were playing games on each other. Furthermore, how could he jerk off with me resting in the next room?

They chatted as Millie finished her glass of Merlot. She knew just what to say and do to get Dorian worked up.  It was s if her cock took over in the thinking department.  In the meantime, Millie squeezed her breasts together in her nightgown. She had something more than I had. Her breasts were succulent and much bigger than mine. It was obvious what Millie wanted it tonight.

Millie turned her charm on full force. “Do you want to fuck me?” she asked blazingly.
Dorian didn’t want to get caught jerking off, as his eyes wandered toward the bedroom door.  Could she hear me, he thought.  At this point, he didn’t care.
Releasing a heavy pant, Dorian whispered, “I want to fuck you, I want to be inside you.”
Licking her lips Millie replied “Mmm… I would like that Dorian, that makes me wet.”
His cock was about to burst through his jeans. “I’m so hard for you,” Dorian whispered as he pulled down his jeans and boxer shorts off, exposing his shaft to Millie.
“Mmm… I like your hard dick, I want it in me Dorian put it in me.”

Dorian began to pump his shaft for Millie. His cock perfectly shaven clean would turn any woman on. Caressing his balls slowly, as he pointed his iPad camera downward.  In addition, the clean view excited Millie, as she uncovered her breasts and caressed her nipples.  Furthermore, his Virtual Girlfriend was turning him on even more, as she circled her nipples with her finger. She showed him her pussy, she had a nicely trimmed bush and she massaged her clit for him and as she moaned.

“Dorian” I obviously interrupted him, as I called out his name.  He turned down his iPad and pulled up his pants quickly. “What were you doing?” I said with a curious voice

Furthermore, Keep in mind…We all know, I’m not a stranger to suspicious male behavior.

Caught Jerking Off with your Virtual Girlfriend good thing or bad thing?

I have something just for you… free phone sex minutes ADDED to your paid call? FIRST TIME CALLERS ONLY – Mention CAUGHT 5 when calling me.