I Forced My Vanilla Boyfriend Into Intoxication, And Guess What He Did!* 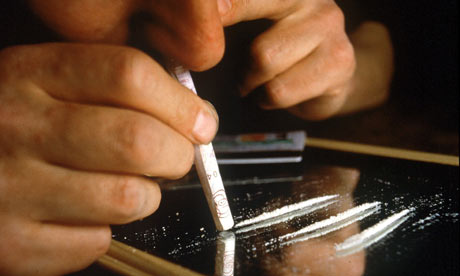 I’m a party girl, which some of you already know. I love to play with intoxication!

A few nights ago, I was out on a date with my darling, oblivious boyfriend. We were celebrating his slightly belated birthday. A couple of his friends stopped by our table and bought him drinks. It was clear fairly quickly that I was going to be the designated driver! There he sat, with three whiskey shots in front of him and his two best friends and me egging him on. He did three whiskey shots in a row and after about 10 minutes it was clear it was going to be a long night. We hadn’t even had our dinner and he was already fucked up. I thought this might be the perfect time for me to text this devious forced intoxication and see what I can make him do. He has tried to do this to me – let’s turn the tables on my poor, innocent vanilla boyfriend.

So after dinner, we went to another bar and to meet up with some other friends. I encouraged them all to buy him shots. 30 minutes later, he was shitfaced. It was hilarious! To keep him up, I took him into the bathroom and gave him a couple mountainous key bumps of coke. From there, he felt like a superhuman and did two more shots right away. I figured, as long as I could keep getting him drunk and feeding him blow, by the time we got back to my apartment he would be blacked out and I could test the waters of what he would do under forced intoxication.

So the shots were poured. The blow was given freely and toward the end of the night, he and three of his friends were so drunk. I realized it was time for the grand finale.

Amsterdam poppers in the parking lot! I cracked the bottle open and just handed it to his friend. He said, “What’s this?”. I just told him it’s really fun and showed him how to do it. Before I knew it the bottle was being passed around. It reached my boyfriend, who was blacked out, and he took a nice big whiff of that juice. He never does these sorts of things, and I’d never seen him with his inhibitions so lowered so I thought…I have got to get this guy home!

We get to my apartment and he tries to make out with me. I pull my lipstick out of my purse and tell him I won’t kiss him unless he puts my lipstick on. “Put it on me,” he slurs. I twist the lipstick up and I put it on him. He tries to kiss me again, but I lead him into my bedroom. I push him down on the bed and start taking his clothes off and he’s writhing around, totally naked on my bed. I went into my panty drawer and picked out a nice silky, black pair of panties and told him to put them on. He looked at me like I was crazy.

I said, “I want to suck your cock while you’re wearing my panties and my lipstick” and he shimmied into them right away.

I crawled on top of him and he was so fucked up he wasn’t even hard. So I handed him the poppers again and went into my super secret toy stash and pulled out a smaller butt plug and got it nice and lubed up. I told him to take a nice big whiff of those poppers as I lubed up the plug and a couple of seconds after he exhaled, he let out a moan and I slid the plug up his ass. Then I started sucking his cock and pulling the plug in his ass slowly to see if it would get him hard and sure enough, it did! I was stroking his cock up and down with my free hand and fucking his ass with the toy.

If we keep playing with his intoxication, I’m sure I’ll see even more! This could get addicting!

Do you like being controlled while you’re fucked up? Call me for some hot mind control phone sex. I can get you good and fucked up and make you do things you never thought you’d do! When you get the courage. Call me!