AUDIO SEX WITH THE BEAST OF MARINE DRIVE. 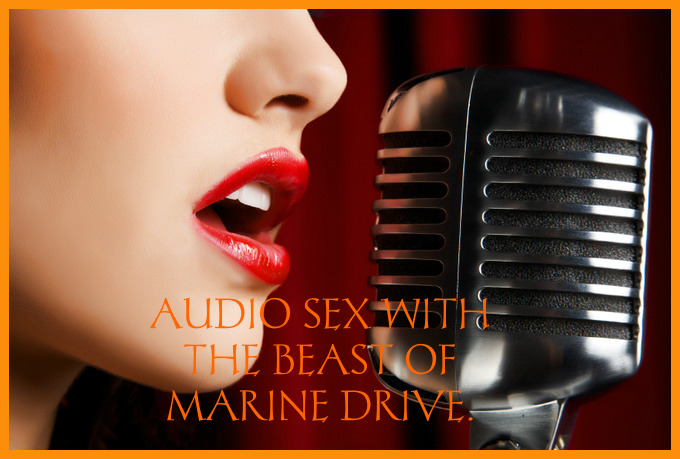 AUDIO SEX WITH THE BEAST OF MARINE DRIVE.

Audio sex isn’t really something I’d given much thought to.  After all, I do PHONE sex.  So, where’s the difference, right?  WRONG!

I have a special friend who lives far from me and though we talk often; I sometimes thought about what I could do to push it to that next level.  Then, it dawned on me that MOST of the sexual experience is auditory. So, why not use audio sex with him?  It was easy enough to set things in motion, but the real thing would be finding a way to SIRprise him with it.  Sort of, “gift”!  What’s needed is a SoundCloud account; then, I had to think of things to say that didn’t involve a dialogue since I’d be talking TO him.  I wanted it to be sort of a bedtime story and I began.

“Hi, Baby!  Miss me?  I’m just lying here, thinking about how you taste, feel on my tongue.  I can SMELL you. That warm, soapy/musky smell, mixed with your cologne.  Have you been thinking about me?  Wanting me there, on your bed when you get home?  Rubbing my…I mean YOUR SWEET, LITTLE PUSSY?”

I paused during the recording (for effect), followed by my soft, breathy sigh.  Then, I continued with all manner of his favorite naughty delights.  I rubbed my JuiceBox as if he were there with me; and correspondingly, I came like a WILD WOMAN!

All that was needed was for me to put myself there with him and talk like they were First Time Sex Stories.  Which, they sort of were, since ALL I talked about was the two of us.  And when I make those recordings, We’re the only people on the planet!  Plus, it’s given our phone sex chat life a BLAST! 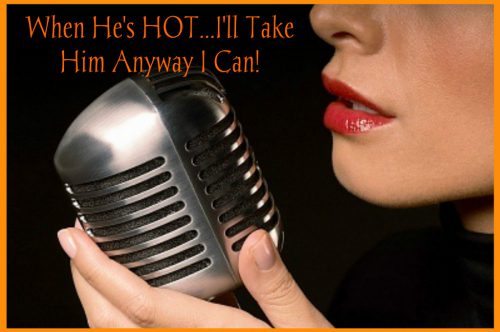