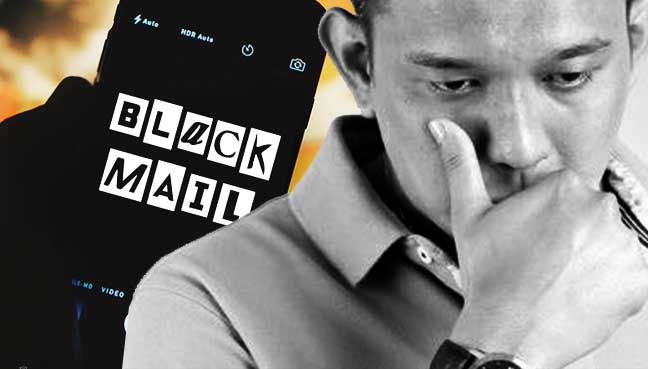 The next day I went to the clothing store that they worked at, found Robbie and flirted my ass off with him. I ended up inviting him to my place and it was on, his pathetic ass had no idea what he was in store for. Blackmail, I can almost guarantee was not even an option, as far as he was concerned. Natasha helped me get my bedroom ready, we put an under-the-bed restraint system that put restraints on each corner of the bed under my mattress and put the gag on the nightstand, just behind my table lamp. Oh, and I forgot we put the dildo under my pillow! When Robbie got there, Natasha hid in the closet while I showed him in.

I acted all sweet and innocent, while we got undressed then I pushed him down on the bed and straddled him. “Mmmm, I can’t wait to fuck you!” I said, moaning as I kissed him and he was so busy getting hard underneath me that he didn’t notice that Natasha had slipped out of the closet. She crept to the bed and grabbed his hand while I pinned him down, she had his wrist in that restraint so fucking fast, not even I could believe it!

When his ankles were secured tightly,  I sat beside him and rubbed my fingers along his brow line and just said, ” It’s time for payback Robbie! Don’t you know that it’s not nice to spread lies about us ladies?!?!” I  then playfully bounced my fingers on his dick,  as I  continued to explain to him that he was about to be our little sex toy for the night and that blackmail was the object of our plans! We explained to him that lying about Natasha would never happen again and that we’d make sure everyone saw what happened tonight because Natasha was going to film every second of it.

He yelled at me to let him go and I, of course, I wasn’t in the mood to hear it.

so I leaned over and grabbed the gag and shoved it violently in his mouth. This was the moment that Natasha grabbed her camera and started filming us. She stood at the end of the bed, so she could get a good view.

I noticed that Robbie was still hard, he must not have taken us seriously, but I knew that his understanding of the situation would soon be crystal clear. However, that didn’t stop me from taking full advantage of his hard-on, hell he was harder than before I straddled him and lowered myself down. I slammed myself down on his stomach, taking his breath away and prepared myself for the dirty fun I was about to have with him. I began to tease him, taking my time and bringing him to the point, where he could barely even stand a gentle breeze over his cock.

“Oh my God, do you hear that? He loves this! I think he wants more!”

For the next 1.5 hours, I gave everything I had to Robbie and I mean everything, by the way of kink, pain, and pleasure! By the end, he was shaking and completely drained! Natasha got up and said, ” You will be hearing from me, Robbie! Why don’t you go to work tomorrow and tell everyone how you got raped and ass fucked, by two girls, who played you like a deck of cards!”, she then left, as if nothing ever happened and went home.  I undid the restraints and let Robbie get dressed, while he bitched about how crazy we were and begging me not to show it to anyone.

All I could say to him was that was “We’ll see!” I ordered him to leave and then began our little blackmail fantasy! Wanna know how I tortured and teased Robbie? Wanna know exactly how we are going to use this video to our advantage? Call me, engage me in Blackmail Fantasy phone sex and I will tell you everything you want to know! I love Blackmail Fantasy!