The guys are awesome. They help us sit on their bikes, taking pictures of us. Then we were doing selfies with all of them. Some of them are real flirts, and turns out, single too. If you are speaking with either one of us, you know we are wild and crazy. There is nothing we aren’t willing to try or make happen. Of course, if you are calling me for Latina GFE Phone Sex, you already know.

We are chatting and getting to know a few of them. Then, one of the other officers offers up that his partner, Neil, is single and available. He is good looking too. Frankie is winking at me to get his number, so I do. I invite him over for drinks later in the evening. Of course, I know Frankie will be there with me waiting for him to arrive.

She and I are getting ready and making sure the house is feeling sexy. He is right on time. I answer the door, inviting him in. His face shows his confusion as he sees Frankie sitting on the couch. He turns to me, asking if he has the wrong night. Frankie is quick explaining to Neil, we wish to share him. Then telling him she hopes we haven’t made a mistake and picked a square.

I fix him a drink. He is sitting between us on the couch as we are starting with small talk. We want to know more about him and to let him into our world as well. He is like a kid in the candy shop sitting between two gorgeous divas. We are going to make one of his dreams come true tonight and I can tell he is overjoyed.

Once we are feeling the drinks, we take his hand and lead him into the bedroom. We undress him together as we are seducing him at the same time. His cock is standing at attention. Sitting him on the bed, Frankie and I stand in front of him, making out. As we are making out, we are slowly stripping off each other’s clothes. He is stroking his nice big dick for us too.

Frankie tells him he better not bust a load without us.

Then I tell Frankie to lay on her back. 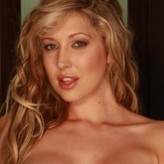 BBC Addicted Cheating Girlfriend - Luckily My Boyfriend Is Addicted Too