I never knew that I would have to do a forced gang bang in order to pay off my debts! At least I can put my fuck holes to good use.

I did something really, really bad yesterday. The trouble I went through to gift my boyfriend the best birthday present ever ended up blowing up in my face– literally. I thought that if I could just simply borrow some money, I could get some major girlfriend points. Turns out, I borrowed money from some really bad guys who bargained with a forced gang bang. My spending got a bit out of control and I may have spent more and more and tried covering it up with borrowing more and more…

Sure enough, it’s time to pay up and I don’t know how to come up with the money!

My boyfriend is just going to have to find out tonight because I just received a call from one of my debtors. He said that if I don’t have the money to pay up, I’m going to have to pay up with my holes in a forced gang bang! Before I could even tell him what happened, the doorbell rang, and in came the five men I had borrowed money from! They wanted their full payment and they wanted it right now. My poor boyfriend looked so stunned. His jaw dropped as he watched them tear my clothes off.

My clothes were torn to shreds and they had me completely naked in seconds.

Before I knew it, they had me on all fours with my tight pink holes exposed for them. One by one, they all forced their hard cocks into my mouth and began making me choke on their huge cocks. My boyfriend watched with his jaw dropped the whole time. They could not wait to film this forced gang bang! They pulled out their phones and zoomed in on all my holes. Now, I love my boyfriend so much, but having these men take my mouth and force their big cocks down my throat made my bald pussy me so wet!

I hope my boyfriend didn’t notice how wet their big cocks made me. 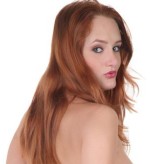