PUBLIC SEX AND THE TWENTY-DOLLA-HOLLA! 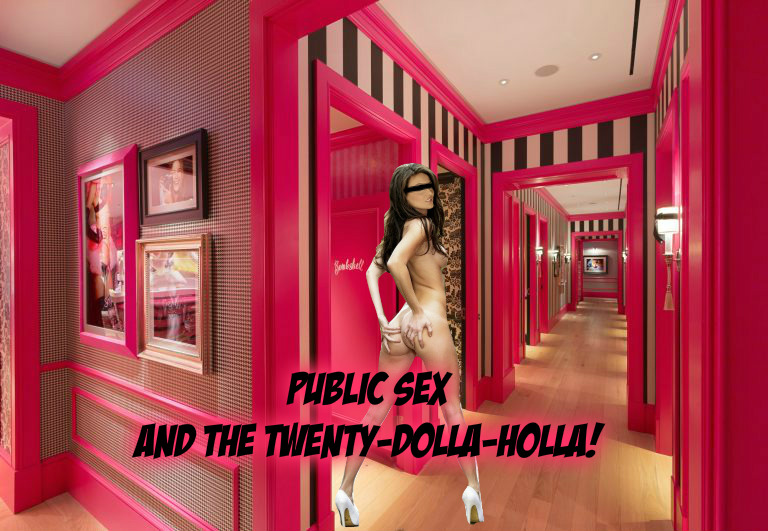 PUBLIC SEX AND THE TWENTY-DOLLA-HOLLA!

So, my foray into Public Sex and the Twenty-Dolla-Holla first started with the creepy little man who manages the midtown Victoria’s Secret.  But, my girls and I just love that little shop but, Mr. Creepy is always there leering at us as we made our selections.  And the way he always INSISTED we use certain dressing rooms. He says the others are broken, or dirty.

However, once we started hearing low moans on the other side of the walls, we had a feeling he would disappear into his office every time we came in so he could jerk it to thoughts of us trying on panties.  Thinking of them, all silky and smooth against our baby-soft skin.   He’s back there thinking about us and jerking.  Furthermore, it didn’t occur to us that he was actually seeing us!

Liv moved her cute ass around her curtained room and thought she saw a flash of eyes!  That, coupled with Creepy McCreeperson back there in the office makes all of us jumpy.  Liv strode from her dressing room to mine, giving me a ‘Come here’ look before closing my curtain again. I walked over to where she was eyeing the crotchless numbers we all love.

“The CREEPER!  He’s back there WATCHING US!” This time there was a sly smile on her face.

The threat of Public Sex…

My smile grew as well.  So, we gathered the rest of the girls, locked the door, and flipped the CLOSED sign of the shop.  But, Sara went into her dressing room as a diversion for Creepy as the rest of us gathered a plan.  We found his keys and went to the other end of the shop to lock the back door too.  He wasn’t gonna get away with his pedo crimes.  After all, we were due some fucking respect!  Mostly fucking, but respect was mixed in there. Haha.

Uniquely, it was nearing closing time and he hadn’t budged from his kink-chamber (maybe he passed out from the excitement?!).  Sara was still in the dressing room practically giving the chair in there a freaky lap-dance.  Oh, she had his attention in there.  For this reason, we were able to simply walk in on him with the goods in hand.  To clarify, it was him against 4 of us.  And HE had his pants around his ankles, so… Winning!

In other words, we basically caught the fucking perv dead-to-rights!  It took us a minute, but we garnered all of the store’s props in our little public sex lesson.  We had whips, chains, giant sets of wings on our backs and of course, our crotchless panties.  His eyes nearly spun in his head as we advanced on him, cock in hand.  Before long, we had him pinned to the floor and Sara came around the corner yelling, “Dibs on his fucking virgin ass! I did the heavy lifting on this, you know!”

We all looked around smiling before letting her penetrate the circle.  She’d won the right to have him first.  So, she mounted him and began to give him the ride of his life!  And no sooner had he begun to really enjoy it…that’s when he FELT it!  A searing pain from his ass region.  It felt like someone stuck a poker hot blade into his asshole and twisted!

Oh, the sounds a man can release when he’s in the depths of hell AND the pleeaasurez of heaven!  Our tranny friend, Monica had decided the Creeper needs to broaden his…umm…horizons.  So, she opened his mind and every other part of him; grinding and pumping him like a run-away-train!  I sat on his face, grinding and twisting so fucking har he could feel every bone in my sweet cunt.

We fucked him until he was barely conscious and then we rolled him over, took out his wallet and took his cash.  We yelled back over our shoulders to him our thanks for the use of his cock and, of course for the cash.  We’ll check on him next week to see if he’s being a good boy now or if he needs another bitch-boy lesson.  We’ll bring the giant strap-ons for him and take him from BOTH ends! 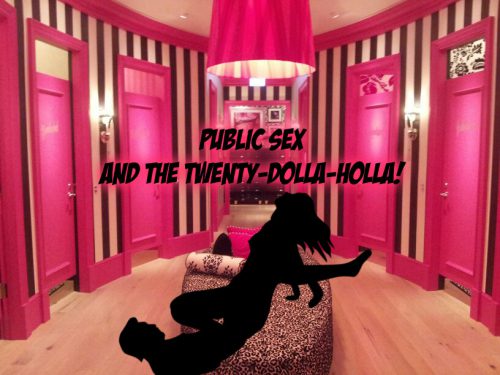