Frankenstein Sensual Interlude. My Own Creation! 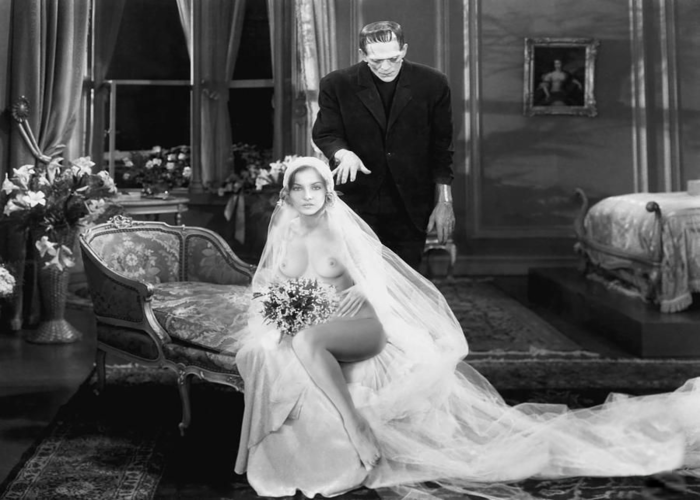 Frankenstein Sensual Interlude. My Own Creation!

Imagine a Frankenstein sensual interlude. It was 3-years-ago and I was alone after a tragic breakup. I was working at a local morgue in a small town in the  German countryside of Beelitz. There was a defunct creepy relic called Beelitz-Heilstätten Hospital. I was a broke student and could only afford a studio unit above a noisy restaurant in the village center. But, I needed a place to work, to experiment on something I’d stumbled across… Reanimation! Yes, just like you imagined.

I had thought of the idea from childhood, but once entering medical school and working with cadavers, let’s just say, I was energized by the thoughts. I moved all of my stuff in under the cover of darkness and used candles for my work. Having corpses delivered just about anywhere was a common thing around there. So, no one thought anything when I signed off on dumping the chosen ones over to the old hospital in Beelitz. My thoughts were purely scientific. Moreover, there was no thinking about a Frankenstein Sensual Interlude of ANY kind.

But as I picked parts, I began to think of him as a MAN! I chose the most handsome head, strongest arms, chest, and abs. So, when I got to picking stuff, of course, the biggest dick, was starting to get me thinking. Once I had all the components, I’d be ready to play house with my very own, handmade, Prince Charming. I began piecing him together, all while cleaning him and talking to him. Hoping he might absorb some of my sentiments. And, it turns out, he DID! My Prince Charming!

A Frankenstein Sensual Interlude Might Have to be Taught…

He was put together and with the aid of a few great electrical storms, and he came! I mean, he CAME to life! Haha. His beautiful eyes opened, shocked and afraid momentarily. But, he caught on as soon as I dropped my surgical gown to the floor and began to suck his fatty! I chose it especially from a huge black bull I’d seen amongst the delivered bodies. I heard it was a hit-and-run. Oh, well. Waste not, want not! Right?

So, anyway, I started sucking that fat fucker and it was as if the dick had a memory. It throbbed and dripped pre-cum that tasted very much alive as it oozed down my throat. It saw me rubbing my pussy and with a single grunt, he took over with his tongue! Here I was all ready to teach,  and instead, I got the lesson of a lifetime!

A Frankenstein Sensual Interlude Gets Freaky!

Because I made him so tall, my creation flipped me with no effort and spun me around so that my fine, tight ass was right in line for takeoff; and he was already on the tarmac! He plunged that fat fuck-stick straight into me and I sang like a violin on Opening Night! So, after sating himself on my sweet, young pussy, he drove it home inside my virgin asshole! I would have been angry, except it felt so fucking amazing!

Trying to keep the prying eyes of the nosey townspeople, I left most of the building in complete darkness. Imagine that? Walking through a 300 room abandoned hospital late at night, with no candle. Creepy! But, I had to get to him. He was learning to speak again and all he could manage was FUCK, and Marry. However, he wanted me to be the actual Bride of Frankenstein! Haha.

Our nights were filled with lusty lovemaking, and I could see myself with him forever. I mean, that fat dick was enough to keep me home instead of in classes lots of days! LOL. But, I couldn’t live this way forever. So, leaving became the thing to do. I need a LIVING BEING to fuck me. I’ll miss those nipples, dick, and ass. But, time moves on, right? Want more of this tale? Stay tuned. Or, you can always call me for some crazy hot phone sex!