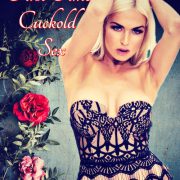 There is something so sexy about a first-time cuckold sex story.  This one starts as I walk into my boyfriend’s townhouse to surprise him and I ended up being the one that got surprised.  It was a Friday night, I knew my boyfriend would be working late. It was his birthday and I wanted to cook a romantic dinner for when he got off.  Since his kitchen was much smaller than mine, I cooked the dinner at my house and brought it over to his place. He has been such a good boyfriend, spoiling me and giving me everything I want. I can not say that I have always the best girlfriend to him. There have been times that other guys have piqued my interest, but he knows he is my man.  So today is his special day and I wanted to show him some appreciation on his birthday.

I arrived at his home!

Parking my truck in front of his closed garage, I got out and let myself in with my key to his townhouse.   I walked in, it was quiet so I assumed that I was there alone. I walked back to the truck to retrieve the bags I bought for dinner along with my overnight bag.  After setting everything up in the kitchen for dinner, I headed upstairs to get a shower. I  wanted to relax before he arrived home for work. About halfway up the stairway, I thought I heard a sound.   I paused, not even breathing to be sure that I really heard something or someone. There it was again, it sounded like a moan. Taking off my heels, I slowly tiptoed up the stairs towards the sound.  So here I was, standing outside of my boyfriend’s bedroom door where I hear confirmed male moaning.

I flung the bedroom door open!

There were so many emotions running through me at once.  I was shocked because I had no clue, he never lead on. Pissed, because I turned down another date with bigger and better cock. However, I was mostly turned on. I looked down at him smirking and said, “So, this is what my little faggot boyfriend wishes for his birthday?”  He shook his head no and began to try to speak. Putting my finger on his mouth and told him to shut up.

I did not know what to think!