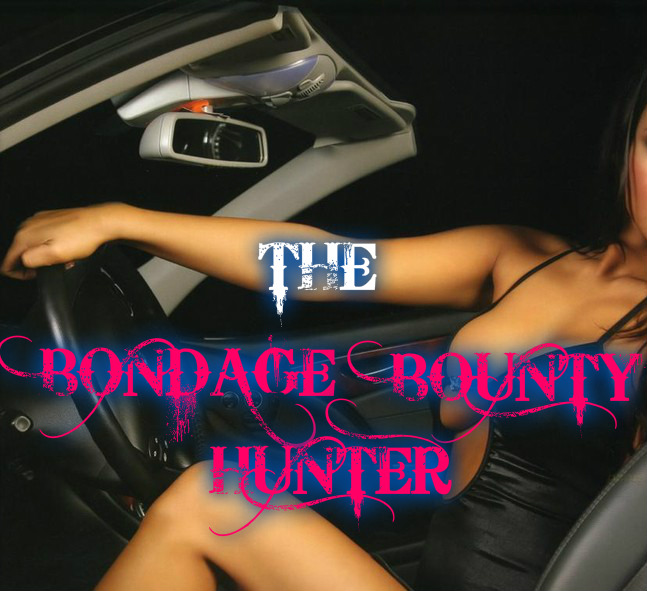 She had the hoists and pulleys, the ropes, ties, gags, whips and chains…she had the candles the drapey gauzy goth appearance, everything you’d ever want for the pleasuring torture of others.

And Joey loves it rough!  The rougher, the better.

If she could get your squirting ass up on those pulleys and chains, suspended mid-air…oh your shit was so toast!   She only took the cases belonging to the baddest of the bad asses, looking specifically to dominate and break her charges BEFORE turning them in to the local constabulary.  So, it’s been mentioned, her penchant for suspending her victims in mid-air, right? She had this one bad guy, Chicki Roma who committed depraved acts against young girls just so he would be hunted by Joey.  Chicki had been a lover at one time, but had turned bad and Joey felt a need to have her way with him, as he had with her.  He’d left her brokenhearted and ready for a little pay-back.

She’d heard he was in town from back east and she put on her sexiest LBD (little black dress) cut to OMG!, black Cuban heel thigh-highs and stiletto heels.  She slid behind the wheel of her new and equally sleek, black Jag convertible. And, she was on the prowl…you could just smell it on the air.  She was close…and so was Chicki. Her pussy twitched at the thought of having him under her again; his mouth on her pussy, tasting the juice he chose to give up…then and ONLY THEN, would he know the full force of her wrath…She would sex him nearly to death…

And then leave him broken.  Seemed fitting. LOL

She found him right where she went first, the local Bodega…Figures. He’s such a creature of habit…So predictable.  His Modus Operandi is etched in stone!  He’s done this before…and before..and…yeah! Asshole!  She came up behind him, tits pressed to his back and cuffed him before he could even smell her perfume.  Had him in the trunk of the Jag and was speeding down the highway to her torture lair within moments.

Chicki awoke to the sounds of soothing jazz playing from somewhere distant…The peaceful thoughts were immediately shattered when Joey snapped her whip against his back and again…against his thighs, his balls, his cock if it dared to venture onto the wrong path.  The next morning, Chicki was dropped off to the FEDS who asked not one question when they saw his condition. In fact, the suits all snickered that the big bad Chicki Roma had been ridden hard and put up wet by a girl…But, not just ANY girl…He was controlled now and forever, by the Bondage Bounty Hunter, Joey Z. Watch out boys.  Her roster just had an opening!  Next stop? MORE Man Pussy!

Want to know how Joey breaks her men, especially if they do her wrong?  Call me. I’ll be happy to tell you all about the plans we have for retribution! Giggle