Small Penis Humiliation Is Not What I expected

I never thought when I started dating a new man that it would involve small penis humiliation, but it soon was. This new man I’ve been seeing. He seemed too good to be true. He was handsome, ambitious, a great job, fit, too many positive things to count. I couldn’t figure out why he wasn’t being snapped up. Then the night we were first together, I found out why. He hadn’t warned me, I had no clue what I was up against. I think he was hoping it wouldn’t matter because of all the rest of his many positive qualities. We were having a wonderful evening, and I knew this was it. The night we were going to be together for the first time. We were making out heavily, and he went down on my pussy. He was great at it, so much so I complimented him.

He Was Great At Eating Pussy

I could tell his skills were superb when I was gripping the bedsheets in pleasure and squirming around. His tongue was magical, his fingers skillful. I came incredibly hard from his French kisses to my pussy. The way he flickered that tongue all over my dripping wet lady bits. I wanted to return the favor, so after I caught my breath, it was his turn. He got on his back, and I crawled up and grabbed his briefs. I was going to pull them off and give him such a blow job he’d never forget. I peeked inside and for a moment was speechless.

He Was Definitely Tiny

I saw a shriveled button of skin and then gasped and then laughed. I tried to stop, but couldn’t stop myself. Immediately he grabbed his briefs out of my hand and said it was unkind to laugh. He said it got bigger when it was harder, so I told him to get it harder so I could see. He started to masturbate and then he said something surprising.  And He asked me to laugh at him again because he was into small penis humiliation. I laughed alright, and couldn’t stop, the tears were running down my face as I contemplated the entire scenario.

And I laughed and the harder I did, the more he went at it with his tiny dick. I leaned over to see how much bigger it got from its shriveled state. It had grown true; it wasn’t acorn sized anymore, but to say three inches would be generous. He proudly showed me his hard and as big as it got penis. He told me to get on my back, he was going to make love to me. I started laughing again, saying I wouldn’t feel it.

He begged me to give him a chance, I figured I’d toss him a bone since he ate me out. I laid there and he mounted me and slipped it inside. I couldn’t feel much as he pumped and he fucked me. It didn’t take him long to finish, I bet he came in around ninety seconds. I lay there like a fish, not feeling him withdrawing. I’d not felt him enter me with his lipstick-sized dick. I was thinking that strap on play would be the best idea for us. lol

It Worked out Better Than I Expected

After I came and caught my breath I told him I wasn’t sure if this was going to work out. He asked if I liked how he licked my pussy and I said of course. He said as long as I dated him, I could have that every day. More than once, if I wanted to if I let him fuck me once in a while. He said the whole being laughed at small penis humiliation thing turned him on. The more I’d laugh, the more times I’d get eaten out. It’s a bit weird, but until I get another offer, I guess it will do for now. 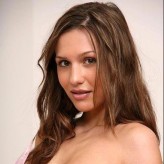 The String of Pearls Stroker -- Part 3 -- Rachelle Tells It All

Cock shrinking – Sorry, I Shrunk Your Cock, But It’s Not TOO bad!