Hot pussy pics over text message! I sent my contacts in my phone pussy pictures the other night because I was bored. No, I didn’t send any to my family just friends and randoms. And the response was wild.

I was bored and sitting at home after a shower. And I thought maybe a video game would be fun to play but as soon as I sat down with my controller I thought about it… nah. Not in the mood… I wanna be naughty.

The camera is pointing down to my panties and I thought for a second. “I think I should send some sexy nudes around!” Oh yeah, that is exactly what I need! Some sexy pictures and some hot talk.

I position myself on my couch and spread my legs open and start rubbing my pussy on the outside of my panties. So, I take a quick picture of that and send it to random people on my phone, being careful not to send to my family because… awkward! And within a few minutes I get some question marks back and some that say “Oh yeah?”

Some of the recipients include my ex-boyfriend, Devin, and the piss drinking wrestler dude. Devin responded with “Oh that is spicy. Send more.” And the wrestler dude said “Nomnomnom!”

And I do just that. Send more pics of my hot body.

This time it’s a picture of my perky nipples and tits. Sending to random number again and including Devin and wrestler dude. I got most of the messages saying “God damn. I didn’t know that’s what you got going on!”

And of course some people like my old neighbor saying “Oh shit, you at home?” I laugh and don’t respond to him because I’m not interested in that dude, he’s a creep and a half! So, Devin starts getting really hot and bothered and tells me that he’s about to get up out of bed to come to punish me.

I take my panties off and send out a couple of hot pussy pics. Devin immediately responds with a super hot dick pic and so does wrestler dude. And then I get a text from my gay best friend saying “Girl, you THAT thirsty?! Nice pussy but I ain’t gonna fuck you!”

Of course, I apologize to my friend and he says it’s fine and to go get some dick. So, I go back to texting more pics of my pussy to random numbers. And I got SO MANY dick pics from old landlords, old neighbors, and high school friends. I felt so powerful.

Everyone sent videos of themselves jerking off for me!

And it was super fucking hot so I couldn’t hold myself together much longer. I told Devin to come over and fuck me hard before I lose my mind. He says “Yes, baby. I’ll be right there. You better be naked when I get there.”

I send a few more pictures of my hot body to help everyone finish themselves and then there was a knock at my door. Then I rip off my nighty and answer the door. There stands Devin holding his crotch in my doorway. He said he was so turned on that it hurt!

Want some free phone sex? Check us out and see how you can get some! 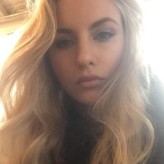 Family Gang Bang: When it Comes to Family Time, the More the Merrier!