There’s no way you can do it. A Dominating Latina Mistress will have you on your knees, begging for mercy. I may be young, but I have always known the power women have. Guys like to pretend they have control and make the rules. In reality, women do. There is nothing wrong with submitting and realizing your place is beneath us. Don’t be shy, let the truth out once and for all, then things will be without a doubt much more pleasing for you and both your heads. Don’t over-analyze and don’t let your brain work. It’s time to be brain dead when it comes to a woman you so desperately want to satisfy. The only rule here is to make me happy. The rest isn’t relevant, it’s irrelevant. Once you experience total loss of power, you will never want it back.

My first taste in ruination.

The reason I’m a Dominating Latina Mistress is that I could figure out early on all the perks that come with domination. Not too long ago, I got my actual first little submissive slave. So far, I still own him. Instead of him being my boss I am now his boss forever. My first year in college campus living gave me so much freedom. I even got a job at gentleman’s club hosting. I didn’t have the guts to go up and show it all, but I did find a way to destroy wallets, among other things.

So how did it happen? One of the owners is fascinated by me and it was clear from my first day. My boss whispered in my ear that he knows I could ruin him. At that moment, curiosity got me, and I even began to ask how I could do such a task. My boss knew he piqued my interest. After he noticed my curiosity, he told me to get ready for a wild ride.

My first taste in ruining a man is about to present itself.

In mere seconds, I got to see first hand what he meant. At his suggestion, we go to his office. At that point, I had never even seen his personal space. I was surprised by how he tells me as he walks me through that I’m a Horny Teen Brat who can ruin him easily. My boss then tells me if I’m ready to not only make an exponential amount of money but also to have him at my beck and call. I ask him what the task entails. Instead of him telling me he shows me. There right in front of me is an array of strap-ons and paddles and plenty of other gadgets. A Dominating Latina Mistress who can degrade him in Spanish and English makes him so weak. My boss hands me all the keys to shatter his world.

I’m in a zone and start to tap into my inner domme.

I always knew she was in me. Now she’s ready to come out and play. I take charge and get my boss on his knees instantly. I begin to degrade him and tell him he belongs under my heels. My hosting costume is perfect because it’s all black and its paired with knee-high boots. I’m a total smoke show for my horny boss. I’m sure seeing me in it made him lose his shit, and that’s why he’s so weak, he gave me all the tools to fuck him over. Luckily for me, I’m a true Dominating Latina Mistress. It all flows naturally for me. In mere seconds I realize I was born for this.

I make my boss hand over his money and quickly begin to tell him to be a good cocksucker by sucking off the strap-on. I put it on and start to fuck him hard in his mouth.

The strap on is genuinely his favorite thing.

His mouth is taking every inch while I let him know how pathetic he is both in Spanish and English. I see his little cock perk up and begin to laugh and humiliate him some more. Next, I make him my ass licking slave. Since his dream is to have a nice juicy Latina ass in his face, I command him to lick and suck my Spanish bum. I ride his face and even begin to pinch his dick and give him a little pain with all the pleasure he’s receiving. My first time ruining a loser is a blast and great pay off. I enjoyed being a Dominating Latina Mistress that night, and it wasn’t my last.

Humiliation Phone Sex is a blast, so come get your fix with me today. 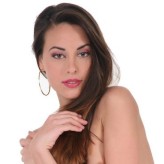 Corporal Punishment Tradition: An Effective Deterrent No Matter the Age