Last week, I reminisced on the first time I domme’d a sugar daddy. I teased you, dear reader, by not telling you how either of us finished, so I’ve decided to be a generous goddess and give you all the details this week. This college domme had her sugar daddy down on his knees in his office and he was eating me out like his life depended on it. He added his fingers, per my instructions, and we were in business. Unfortunately for him, I’m excellent at edging myself, so I knew I could hold off my orgasm for as long as I wanted to. With that in mind, let the teasing begin.

A College Domme Needs to Know What Buttons to Push…

The secret to being a good domme, in my experience, is to know what your sub needs from you and to give it to him – just on your terms. It is also important to know the difference in what they want and what they need. My sugar daddy wanted me to come. On the other hand, that wasn’t what he needed. No, what he needed was to be reminded that I was in charge. He needed to be reminded that he was here to serve my purposes.

As he licked my clit greedily, I let my head roll back. I told him to work harder. He needed to believe he needed to work harder. Therefore, I evened out my breathing and stared down at him. “More.” He groaned and worked even harder. I moaned and then held my breath because I knew that was the best way to control my body. As a result, it was also the best way to control my sugar daddy.

He was quite good at eating me out; I did want to come. But more than wanting to come, I wanted him to know I was in charge. We would see how he would work to convince me I should come.

A College Domme Asserts Herself and Finds New Leverage

“What do I need to do to make you come?” Good, I thought. He was begging now. That was exactly what he needed to be doing – begging. So, I decided to throw him a bone and give him an answer.

“I want you to tongue-fuck my pussy until I can’t breathe.”

He processed this and nodded. “Anything else I can do?” I considered this and he watched me. “Is there any other form of encouragement I could give you?” The tone of his voice made me think he was offering something more than just his tongue or his fingers or his cock. I arched an eyebrow and, meanwhile, he stood and went over to his briefcase that laid beside his desk. With slick fingers, he flipped open the latches and removed his wallet. Well, now I was definitely intrigued.

“You’re hurting my pride,” he told me. The college domme in me blushed. I loved having this control over him; loved knowing that he was desperate for my approval. “I think your orgasms are for sale.” His voice was level and his mouth was shiny. “What is the number?” And there it was. I decided to see just how far I could push him.

“I don’t have that much cash on me,” he countered as he displayed what was easily five hundred dollars in cash. I laughed and reminded him that I accepted Apple Pay. As a result, he laughed too and I knew I had him. He grabbed his phone and, after a few taps, put it away. My phone chirped. I reached for it and checked the screen – the rush I felt then was unlike any orgasm I’d ever known. However, it wasn’t an orgasm.

I could see his cock throbbing after he sent the money. He liked me having this power and I liked it too. “Take my money,” he groaned, palming over his hard dick.

“Oh fuck – I’m close,” I whispered. “Get back over here and finger me more.” Consequently, he dropped obediently to his knees and I spread my legs again. His tongue worked hard and his fingers curled deep inside me. I concentrated on the feeling I had looking at the Apple Pay notification and how good his fingers felt, so it was no surprise when I felt my body tighten around his fingers.

“Make me come,” I begged. He knew I was close and I knew he knew it. Further, we both knew that I could have come ten minutes ago. In other words, the only thing that changed my mind was the money. We both knew that too. “I’m going to come!”

He groaned into my wet pussy; as a result of the sound and the feeling on my clit, my back arched and I squealed. “Yes,” he groaned again, and I could hear his hand sliding over his cock noisily. After that, I told him to come and he thanked me profusely. He came and I whimpered, closing my eyes. Subsequently, my thighs were shaking and my heart was racing.

“Have I created a monster? Am I going to have to buy your orgasms every time now?” My sugar daddy asked the question breathlessly and I laughed with my eyes still shut.

“Only when I’m in charge and if you want me to come hard,” I countered.

Interested in trying out your own college domme in the form of a sugar baby? Call me, Bex, for the hottest college sugar baby phone sex! 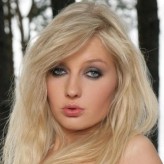 Bex is a Southern transplant who is putting down new roots in Minnesota. A former co-ed with a kinky side, she loves telling stories that range from autobiographical to the "only in her wildest dreams"! Bex is happiest with a credit card in her hand and a willing, obedient man at her side. In her free time, she enjoys reading and writing erotica, binge-watching Netflix, and keeping herself flexible through pilates/barre. The perfect blend of sweet and sassy, she'll keep your cock hard, heart racing, and wallet open. Find out for yourself at 1-866-383-1013.

Pushing Sex Like a Dealer Pushes Drugs Come Get This Medicine