“Do you ever wonder why I never say that you are the best sex I’ve ever had?” I asked my boyfriend. Obviously he didn’t know. I leaned in closer and told him I was a cheating BBC slut. His eyes opened wide in disbelief. He didn’t need to worry, I had proof of my cheating. All the vides were on my phone and I was going to make him sit there and watch every single of them. My boyfriend ended up being the pathetic cuck I always knew he could be.

“Can I tell you a secret? I creamed so hard inside me after he found out you bought me that little lingerie set.”

He ignored me and fast-forwarded the video. In the frame, only my naked body and as the camera moved he got a clear shot of my cunt being destroyed by a cock that was at least ten inches. My pussy lips wrapped around that thick shaft and I screamed in pleasure. My boyfriend knew I had creamed on that big black cock.

My boyfriend swiped off of that video and searched for another. I had at least 30 in my gallery. All from different black cocks, all-destroying my tight cunt. I took the phone from his hands and played a video that was filmed on his birthday. The video was me, wearing exactly what I wore the night of his party, riding reverse cowgirl. The camera once again caught as I fucked myself onto that thick cock. At the end of it, that stranger shot his load in my pussy.

“I am so wet thinking about all those men fucking me. And it makes me so much hotter now that you know I’m just a cheating BBC slut.” I told my boyfriend. 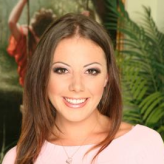